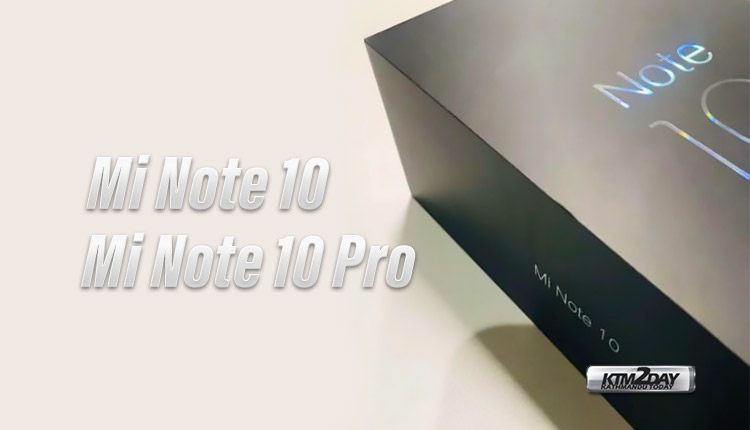 According to latest leaks Xiaomi is set to revive its Mi Note lineup with the presentation of the Mi Note 10 and Mi Note 10 Pro in the next few weeks.

Rumours about the Xiaomi Mi Note 10 started circulating on the web few weeks ago when the leaked images of the box pack was seen for the first time.

Now, through a Thai-certification website NBTC, it is confirmed that there are not only the Mi Note 10, but also the Xiaomi Mi Note 10 Pro.

Information about the Mi Note 10 specifications was almost nonexistent, so it is important to note that these specifications are still pure speculation. 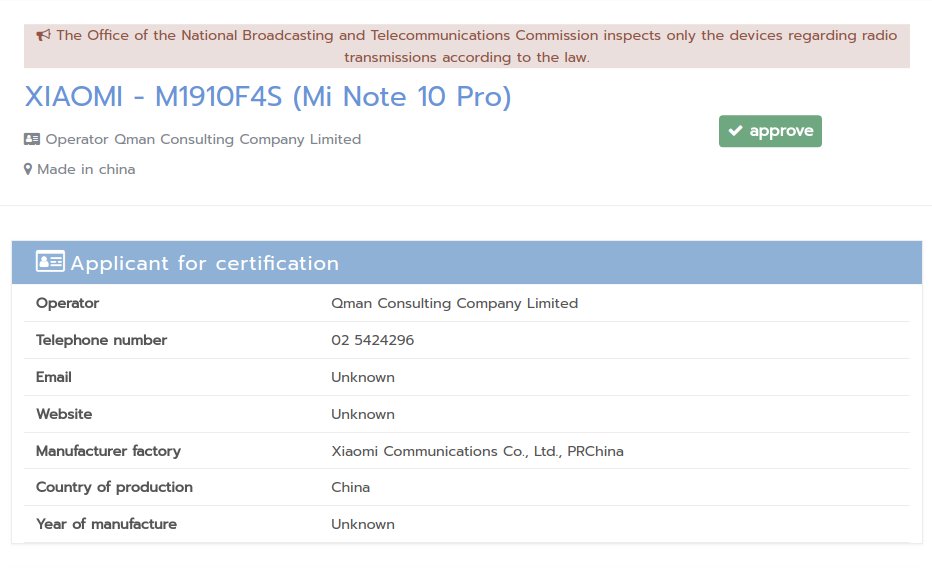 It is believed that both models will present themselves as flagship devices. As such, they are likely to be equipped with the powerful Qualcomm Snapdragon 855+ processor.

In addition, there has been a lot of talk about the possibility of Xiaomi launching an AMOLED screen smartphone that will reportedly have a 120Hz refresh rate. There has been no confirmation, but it is possible that the Xiaomi Mi Note 10 will be the first smartphone to debut with this impressive panel.

Finally, in the photographic segment, main camera with telephoto camera capable of 5x optical zoom and up to 50x digital zoom is expected.

If a presentation is confirmed in the coming weeks, we will no longer have to wait much longer for all the secrets to finally be revealed.