On November 4, the annual Microsoft Ignite conference for developers opened in Orlando, where the software giant made many important announcements. Perhaps the most intriguing among them is Project Silica. This is a very promising conceptual technology for the use of quartz glass for long-term storage. First of all, the idea of using quartz glass for long-term storage of data is not new and development in this direction has been carried out by different companies for a long time. For example, Hitachi offered something similar back in 2011.

Project Silica is the result of Microsoft Azure’s investment in developing new, simple and low-cost storage technologies that are specifically designed for cloud computing models, rather than being based on conventional carriers designed to work in computers and similar devices. And this is just one of many promising ideas from Microsoft Research’s research unit to address Azure’s short- and long-term challenges. 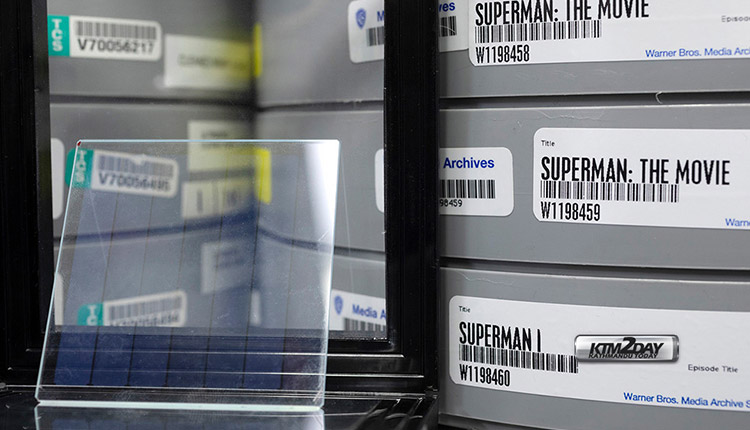 Joining forces, Microsoft and Warner Bros., successfully retained the cult film “Superman”  from 1978. The original recording of four bobbins of the film was recorded on a small piece of quartz glass 2 mm thick and the size of 75 to 75 mm. Such a quartz “disk” can hold 75.6 GB of data. This was the first public demonstration of the viability of technology.

Project Silica uses the latest developments in ultra-fast laser optics and artificial intelligence to store data in quartz glass. Project Silica infrared lasers encode data in voxel (three-dimensional pixel equivalents that make up a flat image). Unlike other optical media that store data on the surface of something, Project Silica stores data inside the glass. For example, a piece of glass 2 mm thick may contain more than 100 layers of voxels.

The data is encoded in each voxel by changing the strength and orientation of intense laser pulses that physically deform the glass. It’s like creating inverted icebergs at a nanoscale level, with depth, size and pattern of grooves.

To read the data, machine learning algorithms decode the patterns that polarized light creates as it passes through glass. Unlike magnetic tape, which must be rewinded to get to the right place, algorithms can quickly turn to any point of the glass square, which allows to reduce the delay in reading the information.

The quartz glass requires neither energy-intensive air conditioning to maintain a constant temperature nor air drainage, thus reducing the impact on the environment with large amounts of storage.

There is still a lot of work to be done to apply the technology on an industrial scale.

The press release said that Microsoft wants to significantly increase the speed of writing and reading data, as well as storage density.