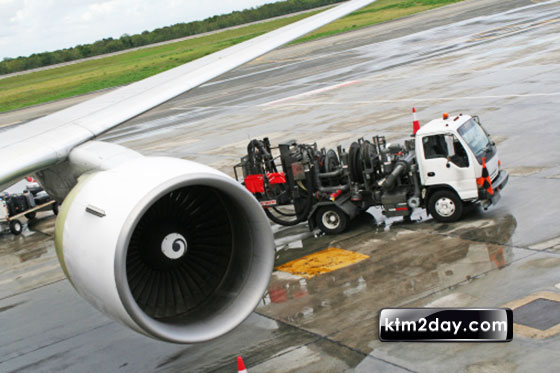 Domestic airlines are raising fuel surcharge from Monday onwards in response to the hike in the aviation turbine fuel (ATF) price. Surface transport entrepreneurs are likely to follow suit.

A meeting of the Airlines Operators Association of Nepal (AOAN) on Friday decided to raise Rs 40-230 in fuel surcharge depending on the distance.

The Nepal Oil Corporation (NOC) on Friday jacked up ATF price for domestic airlines by Rs 6 per litre to Rs 143 per litre. The fuel price was last raised on September 11, 2013. International airlines will have to shell out $1,400 per kilolitre of jet fuel (up $100).

In the last two years, airfares have gone up by Rs 3,000 on long-haul routes and Rs 1,200-1,500 on short-haul sectors. Airline officials said as fuel costs account for 30-35 percent of the total cost, fuel becomes the single biggest factor in losses if fuel surcharge is not raised.

NOC is enjoying a profit of Rs 33.33 on a litre of aviation fuel sold to domestic airlines.

The AOAN has frequently asked the government to take the fuel price hike seriously, stating it is not justifiable to take such a huge profit from aviation fuel in the name of offsetting NOC’s losses. In the last two years, aviation fuel has increased by more than 40 percent.

With the increase in fuel surcharge, ticket prices on the Simara sector will increase by Rs 40, while the Dhangadhi sector will see the highest hike of Rs 230.

Meanwhile, Dol Nath Khanal, general secretary of the Federation of Nepal Transport Entrepreneurs (FNTE), said they have requested the NOC to roll back the fuel price hike. “If NOC does not roll back the increment, we will have no option but to raise transportation fares,” he said.