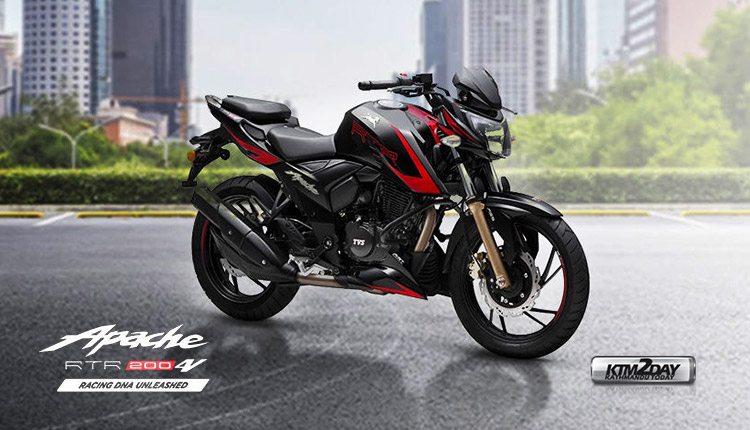 TVS Motor Company, a reputed manufacturer of two-wheelers and three-wheelers globally, has rolled out the new generation of the TVS Apache RTR 200 4V in Nepal.

The series now boasts of a fly-screen for enhanced aerodynamics.

The TVS Apache RTR 200 4V Race Edition 2.0 is the first motorcycle in its class to be equipped with the advanced ‘A-RT Slipper Clutch’, a race-derived technology which is a testimony to the racing DNA of the RTR 200 4V engine.

The introduction of the Slipper Clutch also promises sharp and precise gear shifts with minimal effort.

The motorcycle is powered by a 197.75cc single-cylinder motor which is mated to a five-speed gearbox.