They have come true, after months of rumors finally Apple has presented its new iPad for this 2019. The new Apple iPads has been unveiled without a keynote and through a press release to the media. The new 10.5-inch iPad Air and the 7.9-inch iPad mini are now available in the Apple Store . Two new iPads that focus on renewing their internal components to catch up and offer all possible performance.

During the last year Apple has updated annually in spring its most versatile iPad of all , the iPad of 9.7 inches. It is the size that was originally presented in 2010 and is the “basic” model. Over the years it has been evolving and it seems that now Apple has decided to increase the screen and specifications (and price). The new iPad Air now boasts a size of 10.5 inches. 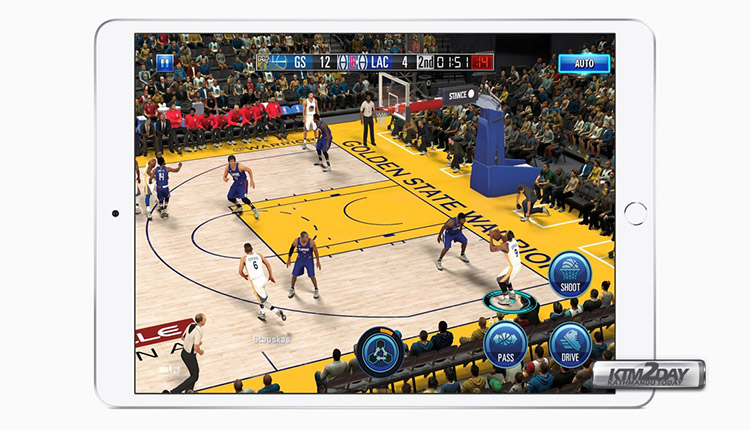 The new 10.5-inch iPad Air maintains the frames we already had in the Pro model of the previous generation. Therefore, it also maintains the Touch Id and has not upgraded  to Face ID as it has done with the iPhone and iPad Pro. The exterior design has not been modified, although we do find improvements within the tablet.

In the new 10.5-inch iPad Air we find an A12 Bionic processor that, according to the brand, implies 70% more performance and twice the capacity for smoother graphics. The display panel features True Tone technology.

This iPad Air of 10.5 inches is compatible with Apple’s Apple Pencil , but may not be compatible with the model introduced – iPad Pro last fall. We do not have any major changes in the camera or other specifications. Its has a storage option of 64 GB and we have another option with 256 GB. As always, it is available in silver, space gray and gold.

The prices are as follows :

We had been years without news of the iPad mini and when it seemed that it was dead … Apple has decided to revive it with the latest update. This iPad mini is designed to be the most comfortable of all and take advantage of its light weight and size. It is the best iPad for playing games, to read with Apple Books and to consume multimedia content. And above all it is compatible with Apple Pencil. The new iPad mini also adopts the A12 Bionic chip , a considerable jump from an A8. With a screen as small as the one that comes with 7.9 inches and such a powerful chip, it will have a performance of course at the level of the latest iPhone. According to Apple, it offers three times more performance and nine times more graphics.

It has a True Tone panel and according to Apple, has more pixel density than any other iPad given its lower screen size diagonally. The new iPad mini is compatible with the first generation Apple Pencil .

The iPad mini is available at Apple Store for a price of $449 . Available in silver, gold and space gray. Reservations are now open and will begin to reach users  by next week.

The new iPad mini is available with 64GB or 256GB of storage – the former will be plenty for most people – and with cellular or Wi-Fi only options.

Undoubtedly interesting upgrades can be seen in the iPad range. During the next few days we will know more details about these new iPads, so stay tuned to learn more about the iPad Air and iPad mini of 2019.