It is a full-fledged flagship , a handset that bets on the latest in terms of design and specifications and following the new trend of giving a full-view display without notch and hole punch using a peculiar rotating camera system.

The first of the flagship smartphones launched by Samsung came with in-display hole cameras for selfies in the Galaxy S10 Series . It was expected that the rest of the industry will follow the Korean market leader and adopt the same feature in their flagship phones. In fact, Huawei’s sub-brand brand soon followed at launched their first device – the Honor View 20. 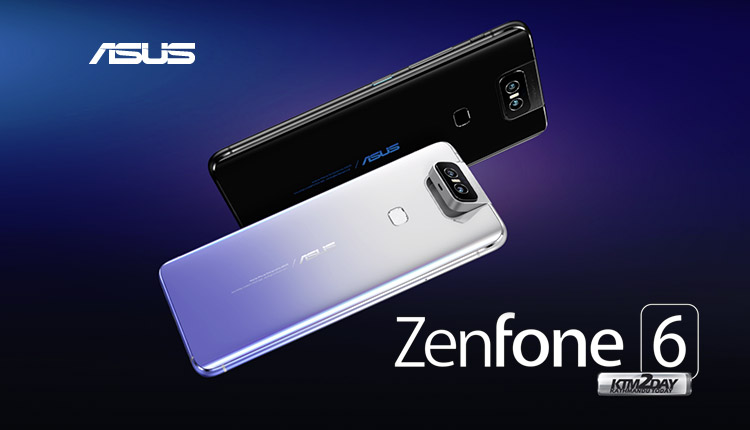 But soon after, company like Vivo(Vivo V15 Pro) and Oppo(Oppo F11 Pro) and now OnePlus(Oneplus 7 Pro) who all belong to the same parent company BBK Electronics have already launched their flagship devices with a pop-up elevating camera system for selfies.

Xiaomi and Redmi are soon to follow this trend with the launch of their new flagship devices Redmi K20 Pro and Redmi K20 later this week. Realme also launched its latest device Realme X yesterday with the same pop-up camera module for selfies .

But today we see how a Taiwanese company who had been teasing its flagship device days ahead of its launch with the slogan “Defy Ordinary” had been hiding under it’s arms.

Asus has opted a different innovating feature for its front and rear cameras with the introduction of a Flip Camera . A camera module and rotates and doubles as a front as well as a rear camera with 48-megapixel main sensor and the secondary one of 13-megapixel. What is a FLIP CAMERA  ?

The Flip Camera module is precision-crafted from a highly advanced material known as liquid metal (amorphous alloy). It can be precisely machined, yet it’s incredibly strong. It’s the perfect material for the camera module, which demands a light and tough material.

Flip Camera is mechanically driven by a miniature high-precision stepper motor containing many tiny gears. The gear train drives the rotating spindle of the camera module smoothly and precisely, so it’s instantly available as a front camera when required.Additionally, a G-sensor in ZenFone 6 detects if the phone is dropped, and returns the Flip Camera to a safe position to prevent any impact damage. 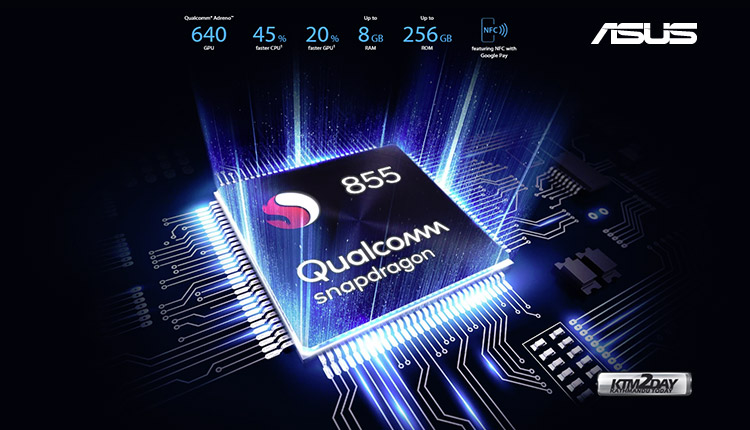 ASUS introduced last year’s successor to the flagship Zenfone 5z, which has become one of the most affordable solutions with a Qualcomm top chipset on board. Zenfone 6 is built on the basis of the newest 7-nm Snapdragon 855 chip (45% increase in CPU and 20% GPU is declared), the energy-saving functions of which are underlined by a huge 5000 mAh battery with Quick Charge 4.0 support. According to ASUS, the battery can withstand 2 days of intense use and let’s one to enjoy a non-stop mobile lifestyle.

The device is powered by octa-core Qualcomm Snapdragon 855 SoC, paired with up to 8GB of RAM and Adreno 640 GPU. 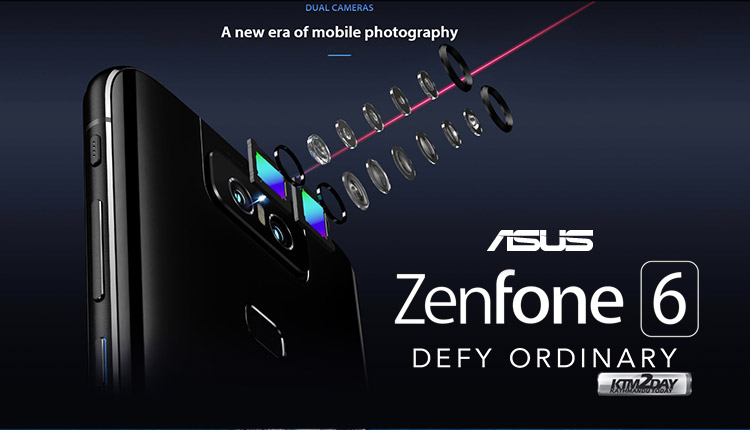 On the imaging front, as we mentioned earlier, the phone packs a flip camera with dual camera setup, which houses a 48-megapixel primary shooter with f/1.79, laser focus, and dual-LED flash as well as a 13-megapixel secondary ultra-wide-angle camera. 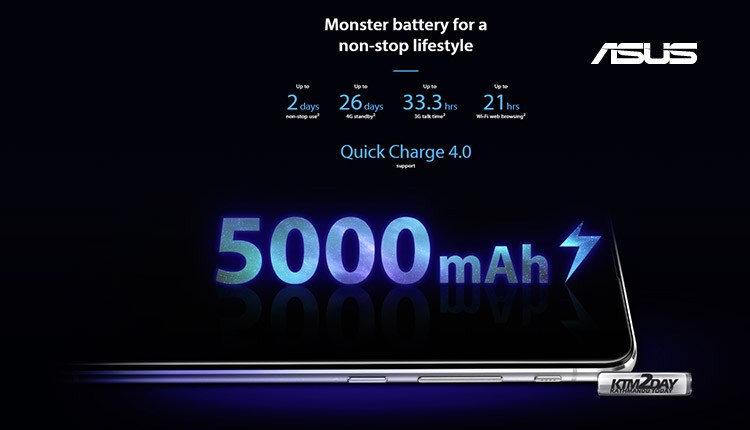 Asus has included a massive 5,000mAh battery with support for Quick Charge 4.0. There are dual speakers onboard as well with dual smart amplifiers and 3.5mm audio jack. The phone packs up to 256GB of inbuilt storage (UFS 2.1), which can be expanded using a dedicated microSD card slot (up to 2TB).