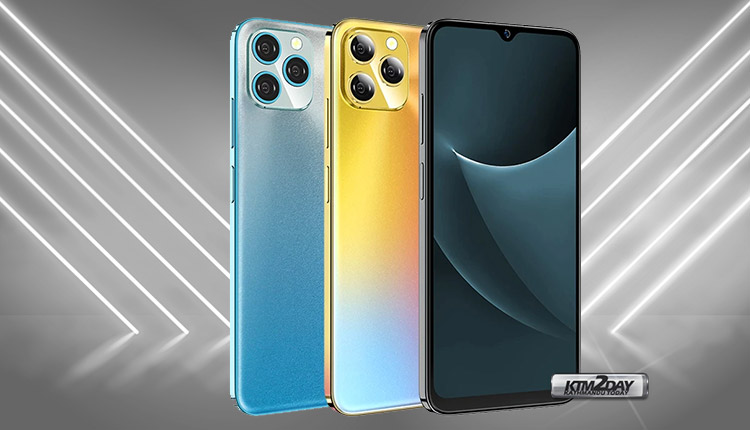 One of the most affordable smartphones on the market is now available thanks to an announcement from Chinese phone manufacturer Blackview. The new Blackview A95 has a back design that is similar to the iPhone 13’s, but it is less expensive and comes with low-end features.

Specifications of Blackview A95

An HD+ IPS LCD display is included in the Blackview A95, which has a 6.5-inch screen. The display has a water-drop notch and a standard refresh rate of 60 Hz with a 269 PPI pixel density and a 20:9 aspect ratio. 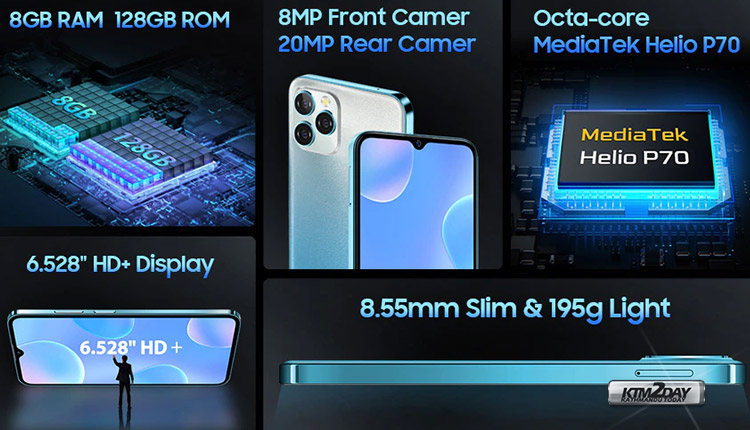 An 8-megapixel selfie camera is housed within the notch. At the back, it features a triple-camera setup. The phone looks like an iPhone 13 from the back. With a triple-camera-like design, it sports a camera island identical to its predecessor. Only a Sony IMX376 primary lens is used, while the other two lenses are dummy sensors.

A 12nm MediaTek Helio P70 SoC with 8 GB of RAM and 128 GB of internal storage power this device. Storage can be increased by inserting a microSD card. 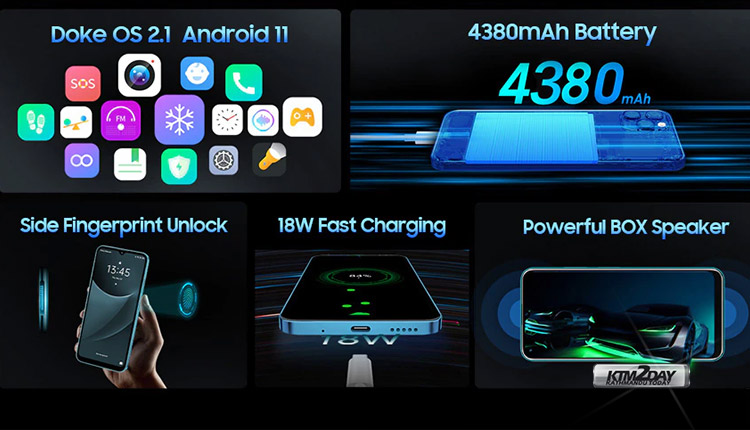 In terms of power, it contains a 4,380mAh battery and can charge at a rate of 18W. Doke OS, a custom skin developed by the company, is pre-installed on the device and runs Android 11 out of the box.

Additionally, it offers a game mode that clears RAM and disables incoming calls while you’re playing. The clone phone and the dark mode features are also included. 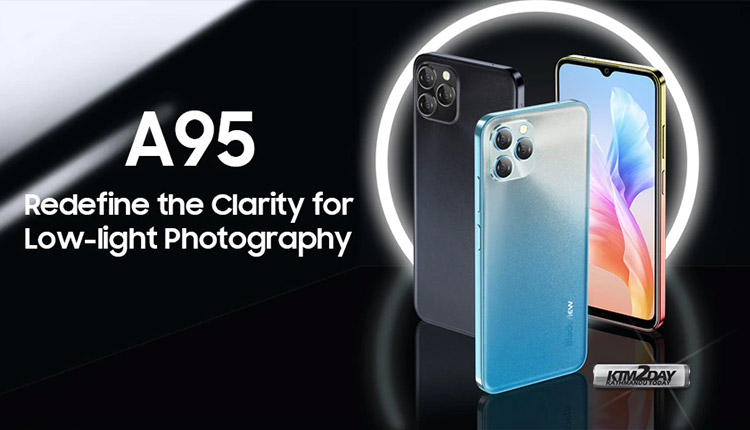 Blackview A95 Price in Nepal 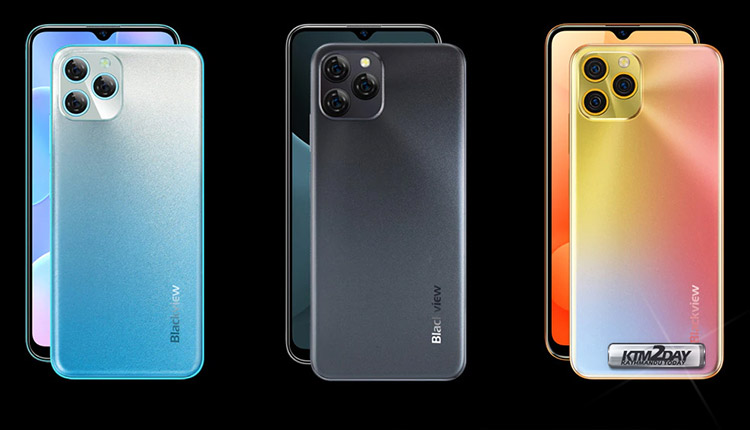 On AliExpress, it will be available starting February 21. Aurora Night Black, Summer Ocean Blue, and Fantasy Galaxy Rainbow are the three color options.