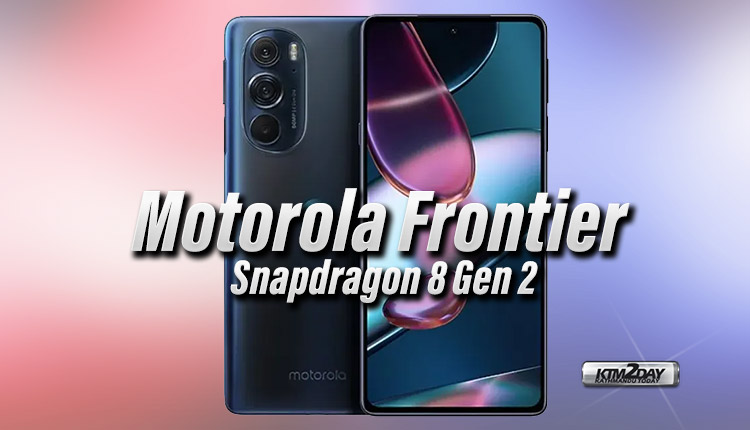 Snapdragon 8 Gen 1 SoC flagship smartphones have just begun to appear in the onset of 2022. Even while Qualcomm’s immediate replacement, the Gen 2, has already been released to its partners significantly earlier this year, there are still evidence to suggest otherwise.

In light of the fact that this CPU is now known as the “SM8475,” it is possible that it is an incremental update to its predecessor, the SM8450, with very slight performance gains.

Motorola’s take on this chip, though, may result in what may be the flagship from this OEM to wait for in 2022, according to a recent specs leak via TechnikNews. As of this writing, the rumoured Moto Edge X30 successor has a 200MP primary camera and a battery that can be charged at 125W.

Although these specifications may seem ludicrous compared to even the most powerful top-end smartphones of today, Motorola has supposedly been able to purchase Samsung’s newest ISOCELL HP1 for this reason. A 120W maximum power output appears to be the obvious next step for both Xiaomi and iQOO, according to the leaker Digital Chat Station.

An internal code-name move from Motorola’s current practice of using geographically-inspired names for most of its products to a more straightforward and possibly more appropriate one could be expected for this generation’s Motorola flagship, which is expected to arrive in the second half of 2022.

On the other hand, the X30’s extraordinary 60MP selfie camera may be revived, and the device’s primary lens may be augmented with 50MP and 12MP back cameras in addition to its already-exuberant feature sheet.

Finally, the “Motorola Frontier” may be able to give prospective purchasers Android 12, 50W wireless charging, and up to 12GB of RAM. However, no information has been made public about the product’s price or availability as of yet.