Motorola today expanded it’s One series portfolio by adding another mid-range Motorola One Fusion+ to the list. The Fusion+ phone stands out for the presence of a pop-up camera just like on the Moto One Hyper, which provides a fullview display without any cutouts or notches in the screen.

This Motorola One Fusion+ follows the same design philosophy as seen in the flagship Motorola Edge +. It has a elegant device, with thin bezels and a mostly glass body. Still, wireless charging is something you won’t find on this model. 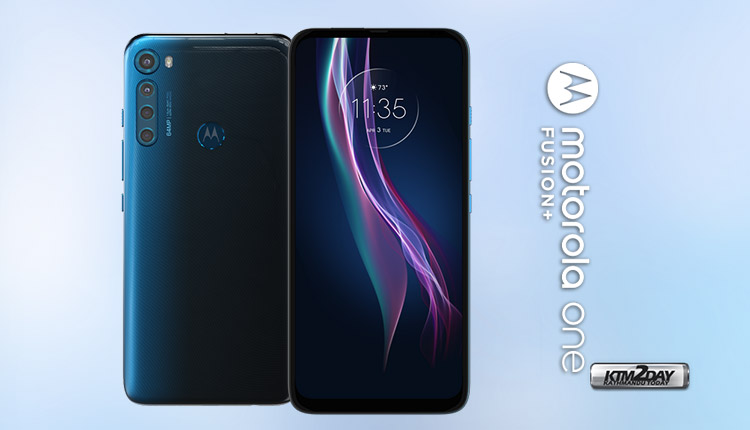 The Motorola One Fusion+ is powered by a Snapdragon 730 SoC, which is leaps ahead of the Moto One Hyper’s Snapdragon 675 chipset. The latter is paired with 6GB of RAM and 128GB of expandable storage (up to 1TB via microSD card). The handset packs a 5,000 mAh battery with 15W fast-charging support and runs on Android 10 with the new My UX.

For optics, the One Fusion+ boasts a quad-camera setup that features a 64-megapixel primary sensor with f/1.8 aperture. The other camera sensors include an 8-megapixel ultra-wide shooter, a 2-megapixel depth sensor, and a 5-megapixel macro camera. The primary camera sensor features a Quad Bayer design for better low light performance. 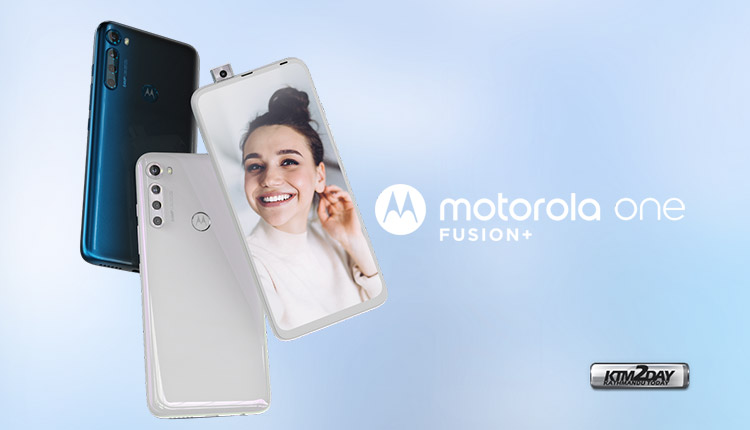 The smartphone opts for a rear-mounted fingerprint reader. It retains a headphone jack but losses out on near field communication (NFC). It uses a hybrid card slot rather than a dedicated microSD card slot. The Motorola One Fusion+ is available in Moonlight White and Twilight Blue colour options. 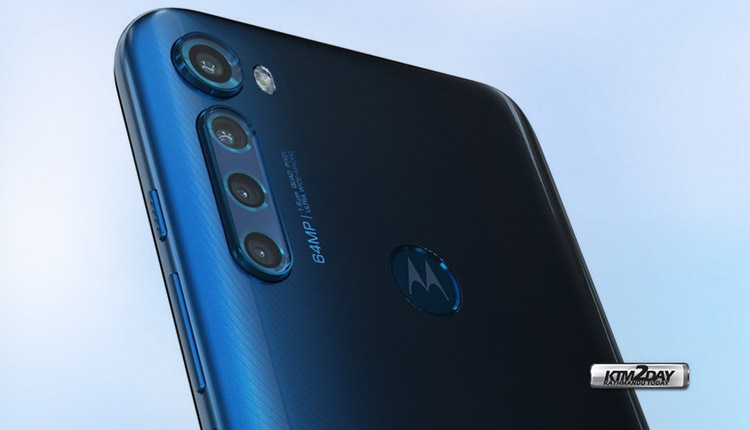 Motorola One Fusion+ Price in Nepal

The Motorola One Fusion+ is priced at INR 16,999 in the indian market which converts to Rs 27,199 and is available in two colour variants, namely Moonlight White and Twilight Blue.