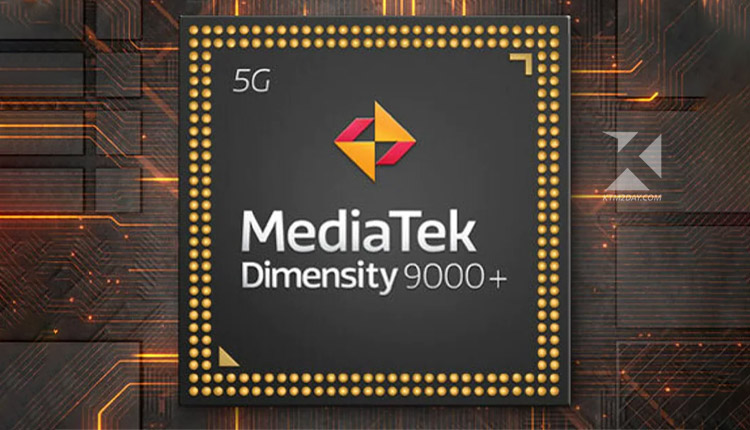 The newest smartphone SoC from MediaTek, the Dimensity 9000+, was announced on Wednesday (SoC).

Support for up to 180-Hz full-HD+ monitors and 320-megapixel cameras is included in the Dimensity 9000+.

It is compatible with the most recent versions of Wi-Fi and Bluetooth as well. With a built-in 5G modem, the Dimensity 9000+ is capable of delivering high-speed data connectivity.

MediaTek Dimensity 9000+ SoC-powered smartphones are expected to debut in the third quarter, according to the Taiwanese chipmaker. This year’s top Android phones are likely to include the chipset. 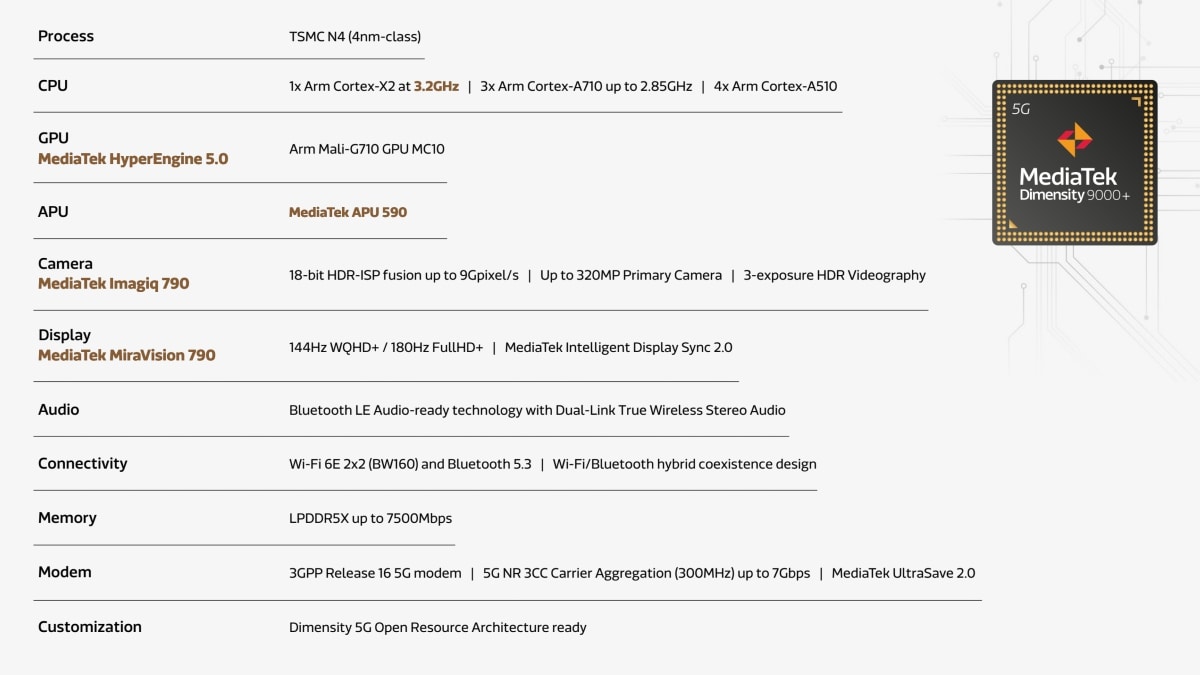 The Dimensity 9000+ SoC from MediaTek has LPDDR5X RAM built in. The integrated memory can accommodate an 8MB L3 cache and a 6MB system cache on a dual-core processor.

APU 590, a fifth-generation application processing unit, is also available for use in AI applications.

As far as displays are concerned, you can use MiraVision 790 with the latest 144Hz or 180Hz full-HD+ or WQHD+ panels.

In addition to MediaTek’s Intelligent Display Sync 2.0 and the most recent Wi-Fi Display technology, the processor supports up to 4K60 HDR10+ video recording and can sync with compatible displays.

There is a 5G modem built into the chipset that supports R16 UL and 3CC Carrier Aggregation for downlink speeds of up to 7Gbps on the sub-6GHz band. Dual-SIM (dual active) 5G/ 4G support is also available.

Accordingly, the Dimensity 9000+ will compete with Qualcomm’s Snapdragon 8+ Gen 1 SoC, which debuted in May.