Nokia has resurrected yet another iconic feature phone from 2007 which was crafted for music lovers – the Nokia 5310 Xpressmusic.

If you are not familiar with the original Xpressmusic handset, it was the first phone to feature a dedicated media player buttons and featured a MP3 Player and FM radio for music lovers.

The new Nokia 5310 Xpressmusic 2020 edition is much like the original handset but comes with upgraded display, a more powerful Mediatek chipset and with slightly bigger battery. The device features a 2.4 inch QVGA – 240X320 pixels resolution display with 167 pixels per inch. The new Nokia 5310 now comes with a Mediatek MT6260A chipset along with 8 MB RAM and 16 MB of internal storage which can be further expanded up to 32 GB via micro-SD card slot.

For photos and videos, the Nokia 5310 has a VGA camera at the back that is paired with an LED flash.

Just like the original Nokia 5310, the new 2020 edition also features a dedicated media player buttons which are now side mounted next to the display instead of beside the screen in the original one. The dedicated buttons can be used to flick between favourite radio stations, skip songs or adjust the volume . 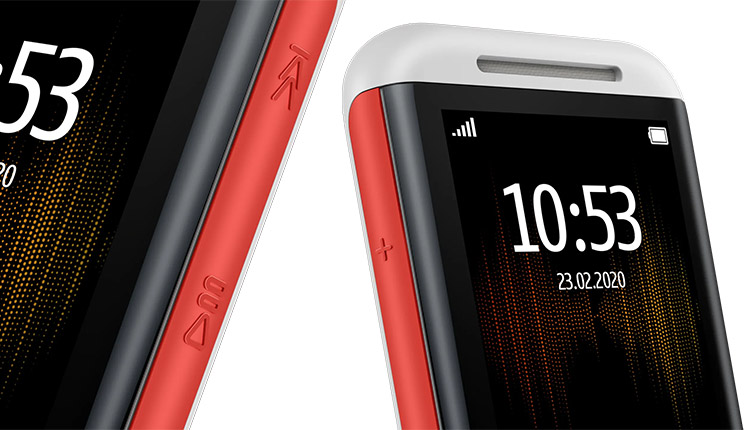 The handset comes with a MP3 Player with equalizer and FM radio receiver. HMD Global has provided connectivity options including Bluetooth v3.0, Micro-USB port, and a 3.5mm headphone jack.

The back panel is made of polycarbonate which can be removed as it has a removable battery of 1200 mAh which delivers 20 hours of talktime and 22 days of standby time on a single charge.

The phone can take 2 mini-SIMs which is housed under the battery just like in any classic feature phones.