According to OnePlus, the OnePlus 10R is the fastest charging smartphone in India. 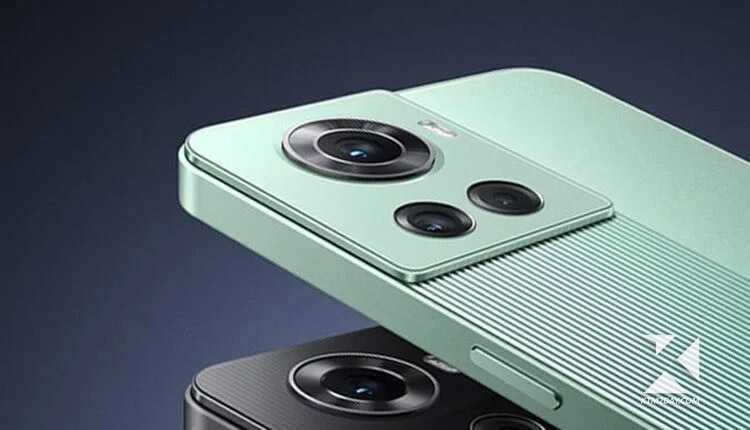 An 80W SuperVOOC fast charging version of the OnePlus 10R has also been released by the firm. MediaTek’s Dimensity 8100-Max SoC is also included.

Additionally, the MediaTek Dimensity 8100-Max has a dedicated AI processor, the MediaTek APU 580, which boosts AI performance by 80%.

In addition to a 6.7-inch AMOLED display, the OnePlus 10R has a hole-punch cutout at the top. Full HD+ resolution and 120Hz refresh rate are supported by the screen.

Corning Gorilla Glass 5 and a 720Hz touch sampling rate are also included in the smartphone.

The back of the camera features a triple-camera system for optics. An optical image stabilized 50MP Sony IMX766 primary camera is included in the OnePlus 10R camera arrangement (OIS).

In addition, there is an 8MP ultrawide camera and a 2MP macro camera sensor on the device. The 10R’s 16MP front camera is ideal for taking selfies. 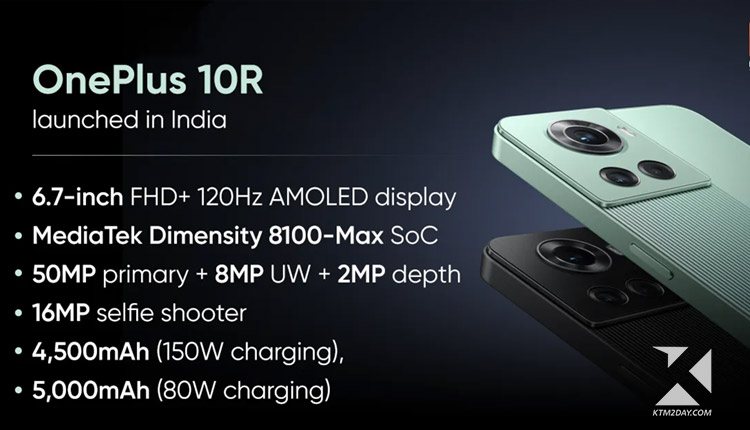 Finally, Oxygen OS 12.1 based on Android 12 is pre-installed on the phone. There are three major Android updates and four years of security updates promised.

The OnePlus 10R is available in 8GB and 12GB RAM versions. Forest Green and Sierra Black colors are offered for the 8GB + 128GB and 12GB + 256GB storage variants of the 80W charger.

Available In Sierra Black, the 150W SuperVOOC Endurance Edition has a price tag of INR 43,999 for the 12GB + 256GB storage option. Amazon India, OnePlus.in, and retail outlets will begin selling the OnePlus 10R on May 4th.