Oppo seems to hurried on pushing new smartphones to the market, as the company as launched a new iteration of its Oppo A16 that was launched last month. The chinese manufacturer has launched it’s new model Oppo A16s with few changes that is tailored for the budget segment.

The Oppo A16s internally carries the same hardware specs as the A16 model with a 6.52 inch IPS LCD display with HD+ resolution, 60Hz refresh rate and drop-shaped notch for the 8MP front camera.

The device is powered by a MediaTek Helio G35 processor, supported by 4 GB of RAM and 64 GB of internal storage. Users can also extend storage up to an additional 256 GB. On the rear it comes in a triple camera setup with a main sensor of 13MP sensor accompanied by a 2MP macro lens and a depth sensor with the same 2MP.

The smartphone has a 5000mAh battery, and you can use two SIM cards with 4G LTE support. NFC is feature added to this variant, with the fingerprint sensor on the side. The device runs on Android 11 with ColorOS 11.1 on top. 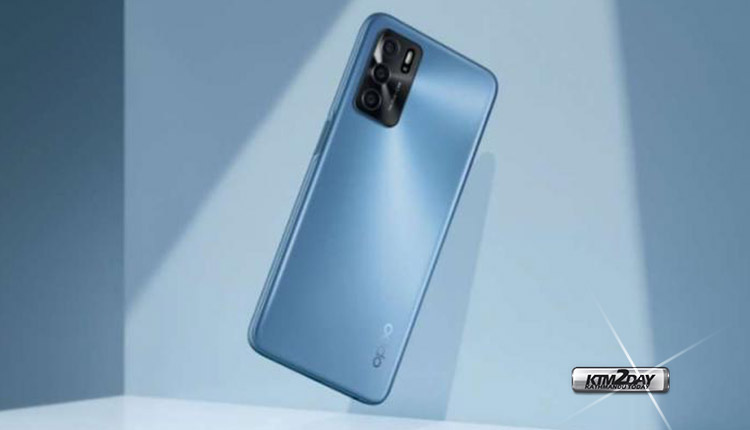 The smartphone arrives in black and blue color options, for a price of €149 (NRs 20,830) on the official website of Oppo. For now there are no indications of when it will be formally launched in Nepali market but since it falls in the budget segment it’s launch is imminent in the domestic market.