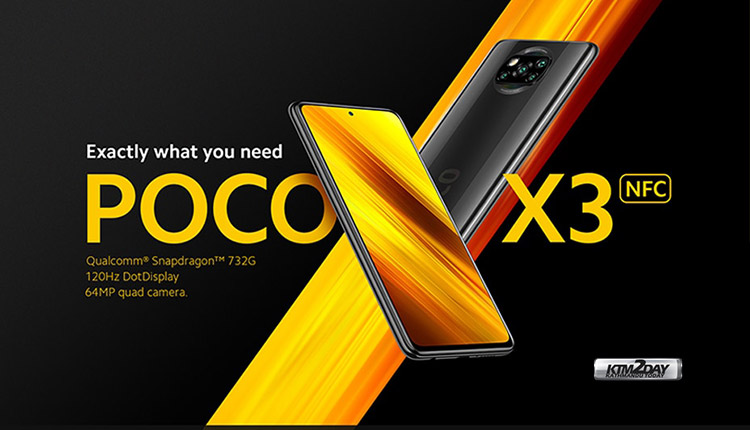 The POCO X3 NFC, as its own name suggests, has the presence of Near Field Communication (NFC), a feature that allows wireless data exchange between two devices through a simple touch gesture.

In its appearance, the smartphone sports a 6.67-inch FHD + LCD screen with a discreet hole centered at the top in order to house the front camera. Its front part also appears to have few edges on the sides and a noticeable  “chin” slightly larger than expected. 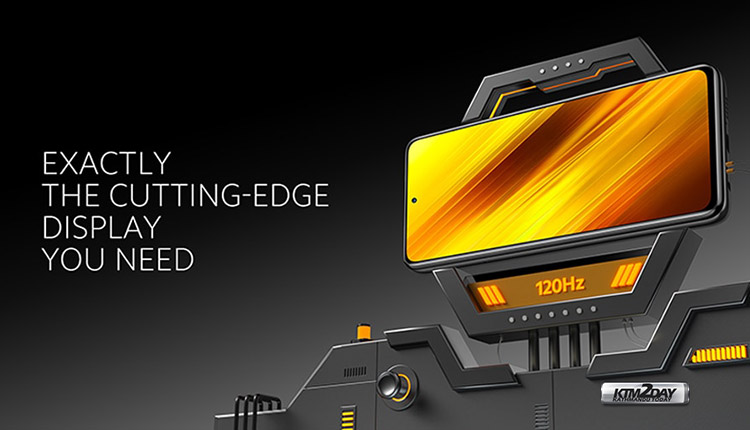 Speaking of main specifications, the phone has a refresh rate of 120 Hz and a touch sampling rate of 240 Hz, a Snapdragon 732G chipset, 6 GB of RAM and a choice of 64 GB or 128 GB of internal storage. 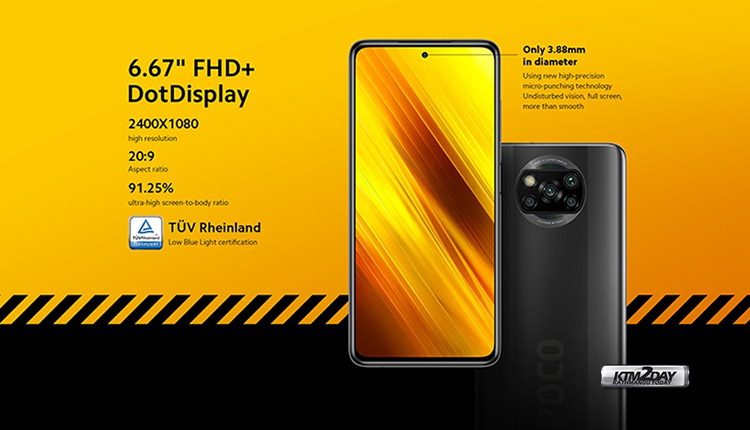 At the rear, it features an aluminum alloy frame with a polycarbonate panel, IP53 certified to resist dust and water splashes. All buttons are located on the right edge, where there’s also a fingerprint reader side-mounted onto the power button. Also inside the block, there’s a LED flash which can also be used as a flashlight. For selfies, in the front there’s a punch-hole in the display that houses a 20 MP camera. 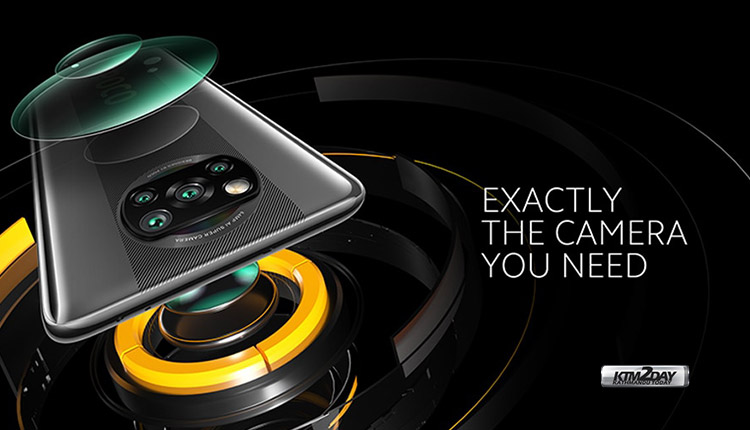 The new model of the POCO brand provides tools with Artificial Intelligence, such as Skyscaping 3.0, Night Mode and ShootSteady video , to stabilize any clip artificially. 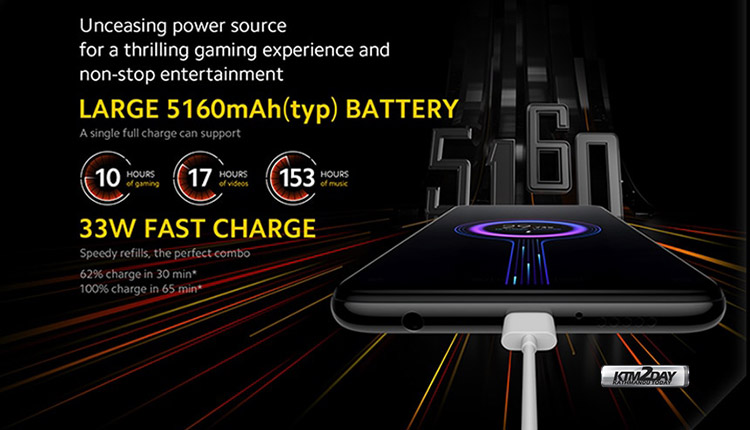 The device arrives with a battery capacity of 5,160 mAh, with support for fast charging with 33W wire – and compatible charger in the box. In addition, there is a dual stereo speaker and 3.5mm headphone jack. To top it off, the device comes with MIUI 12 based on Android 10 as the operating system. 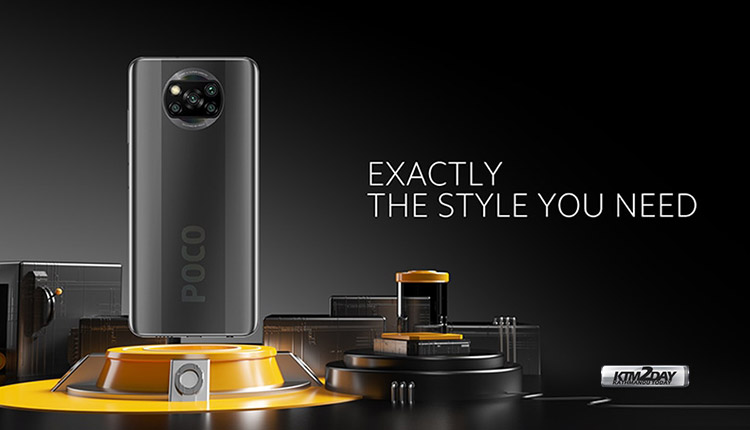 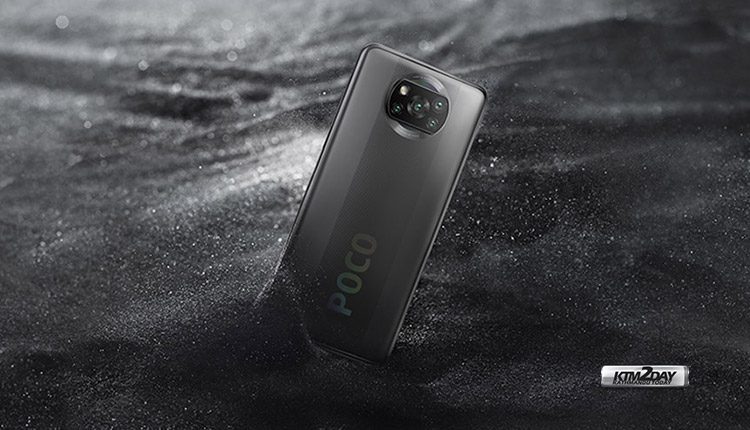 The POCO X3 will be available in two color variants: blue (Cobalt Blue) and gray (Shadow Gray). It will have two versions with different storage configurations, and will go on sale in Nepal starting December 20. The phone comes in two variants with non-NFC variant launched is India of 6000 mAh battery and is the only difference when compared to the 5160 mAh NFC variant. Please stay tuned for updates !

Poco X3 NFC variant has been launched today in the Nepali market at a price tag of NRs 31,999 for the configuration with 6 GB of RAM and 128 GB of internal storage along with NFC.