Realme recently launched the mid-range devices, Realme 6 and Realme 6 Pro and the company has launched a third member to this series – Realme 6i which is a slightly lower specced variant.

The Realme 6i was launched today in Nepali and will be soon available from next week July 14. The device is the first to come equipped with Helio G80 processor from Mediatek.

The Realme 6i is the direct successor of the Realme 5i that was launched last year and is the most basic variant compared to Realme 6 or the Realme 6 Pro. 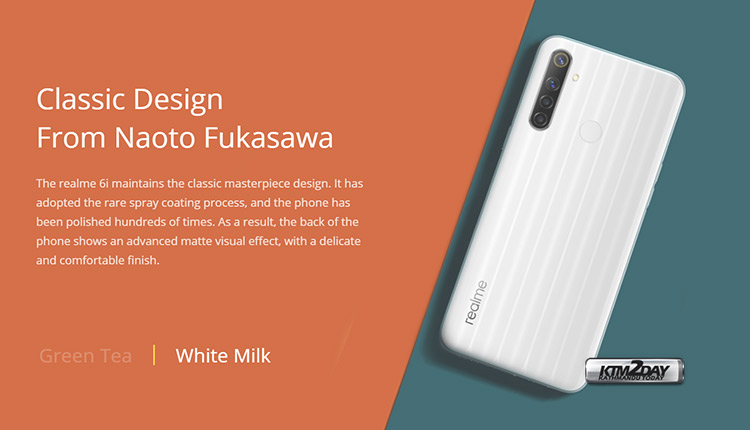 Although it does not offer the most impressive specifications today, there is no doubt that considering its price, it will be difficult to find a smartphone that has so much to offer.

The Realme 6i features a classic design from industrialist designer Naoto Fukasawa. It comes with spray coating technology after which goes through polishing process hundereds of times. As a result, the final back shows an advanced back finish with matte design. 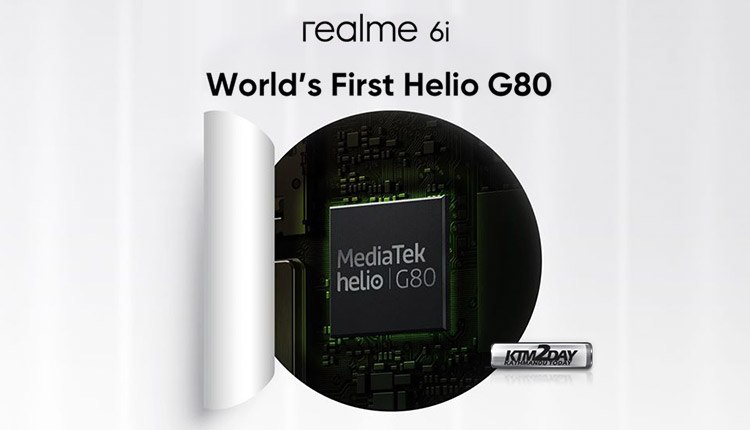 The device  is powered by a MediaTek Helio G80 SoC which has two Cortex-A75 cores clocked at 2GHz and six Cortex-A55 cores clocked at 1.8GHz. The graphics are handled by the Mali G52 Graphics Processing Unit (GPU). It comes in two RAM options – 3GB and 4GB. In the camera department, the Realme 6i has a quad camera setup on the back and the primary is a 48-megapixel sensor with f/1.8 aperture. The secondary is an 8-megapixel ultra-wide lens while the tertiary is a black and white portrait lens. There is also a macro lens on the back.

The front camera, on the other hand, is a single 16-megapixel shooter with f/2.0 aperture housed in a water drop notch. For connectivity, the phone comes with a USB Type-C port, Wi-Fi, Bluetooth, GPS/A-GPS, and a 3.5mm headphone jack. 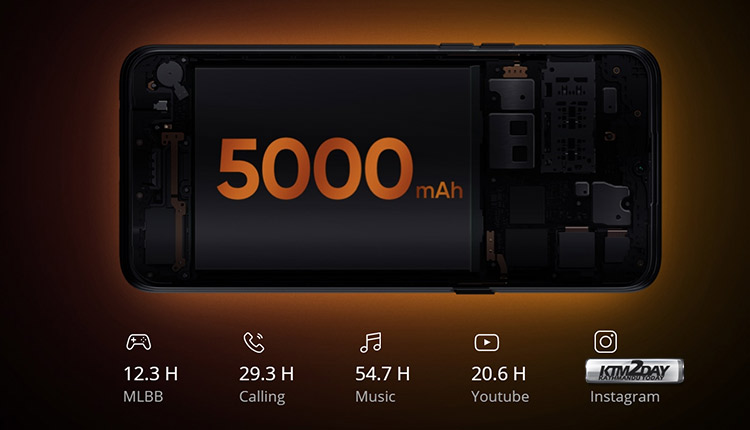 Realme 6i will have a massive 5,000mAh battery which supports 18W quick charging. The device supports reverse charging, via a USB-C cable. 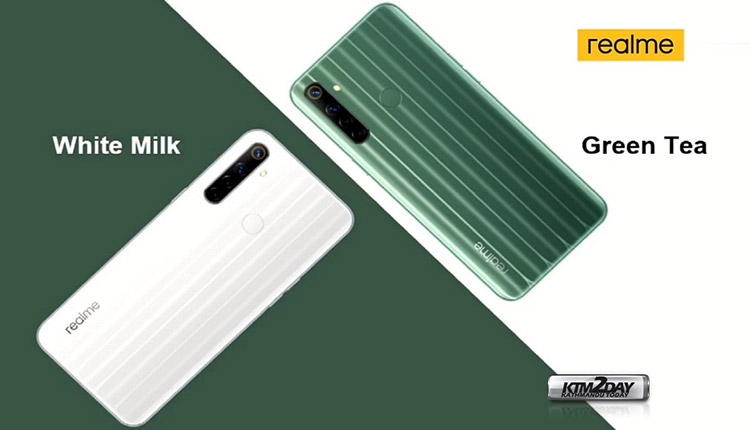 Realme 6i Price in Nepal

The Realme 6i is currently only offered in single option of 4 GB RAM and 128 GB of internal storage at a price tag of Rs 25,990.