Realme has just launched another smartphone in the entry level segment – we are talking about the Realme C20, which won several certifications last year and has now just debuted in the nepali market.

The phone has a Helio G35 processor and brings 6.5″ LCD screen and HD+ resolution protected by Corning Gorilla Glass, a configuration that is already widely adopted in the manufacturer’s C series of smartphones.

On the front for selfie there is a basic 5 MP camera, located in the drop-shaped notch. In the rear the plastic construction reflects main camera on the top left in a cooktop setup featuring single camera of 8 MP along with LED flash. 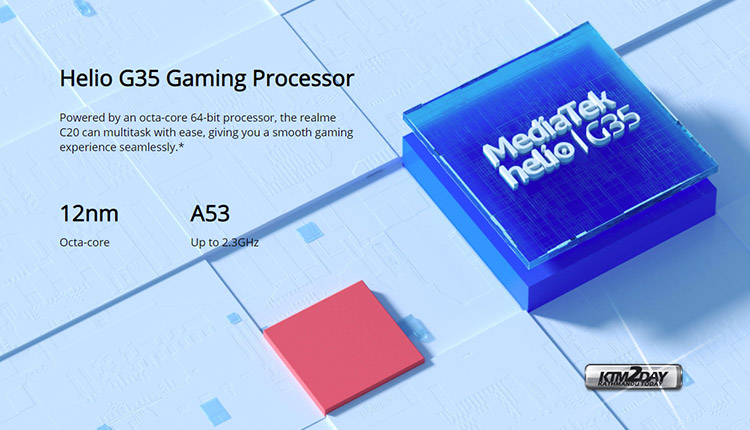 At the bottom there’s a P2 connector for headphones, microphone and a MicroUSB port, which clearly shows that the company has made every effort to cut down costs on this device.

The good news is that at least the device brings Android 10, a not-so-old version, pre-installed from the factory. For memory we have 32 GB of storage (expandable via MicroSD) and 2 GB of RAM. The battery delivers capacity of 5,000 mAh. The Realme C20 has been launched in Nepali market in single configuration of 2GB RAM and 32 GB internal storage at a price tag of Rs 12,849.