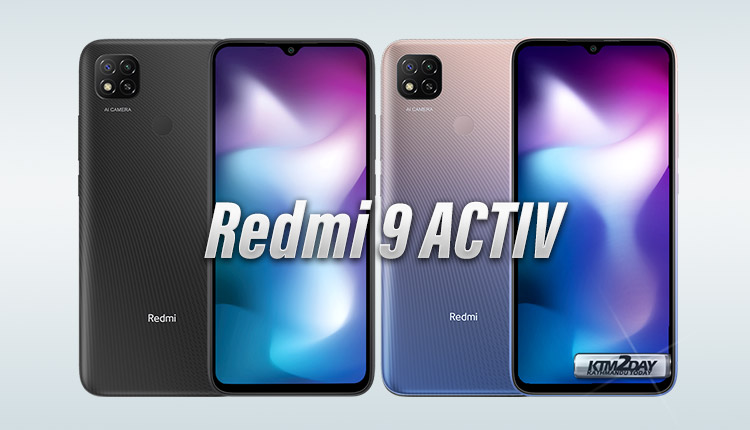 Xiaomi Nepal has launched another device in the budget segment for the Nepali market. The new smartphone is from Redmi 9 series launched last year at the end of September.  The Redmi 9 Activ has been launched with Mediatek Helio G35 SoC, a single memory and storage configuration of 4GB RAM with 64 GB, dual rear cameras and 5000 mAh battery.

A 6.53 inch HD+ Dot Drop Display with a 20:9 aspect ratio and 400 nits of peak brightness is found on the device. MediaTek Helio G35 SoC with 4GB of LPDDR4X RAM power the smartphone. It has a 13-megapixel primary sensor and an f/2.2 lens, as well as a 2-megapixel depth sensor and an f/2.4 lens, for the back camera system.

AI Beautify 5.0 and AI scene identification are both supported by the back camera configuration, which is also equipped with a single-tone LED flash. At the front of the Redmi 9 Activ, there’s a 5-megapixel front-facing camera with f/2.2 lens.

The phone features a 64GB of eMMC 5.1 storage which can be expanded via the dedicated microSD card slot on the Redmi 9 Activ.

4G VoLTE, Wi-Fi 802.11 b/g/n, Bluetooth v5, GPS/ A-GPS, FM radio, and a Micro-USB port are just some of the available connectivity possibilities. Onboard sensors include an accelerometer as well as sensors for detecting ambient light and near-by objects. On the back, you’ll find a fingerprint scanner as well.

The Redmi 9 Active is now available in Nepali market at a price tag of Rs 15,999 for the lone variant with 4GB RAM and 64 GB of internal storage space.