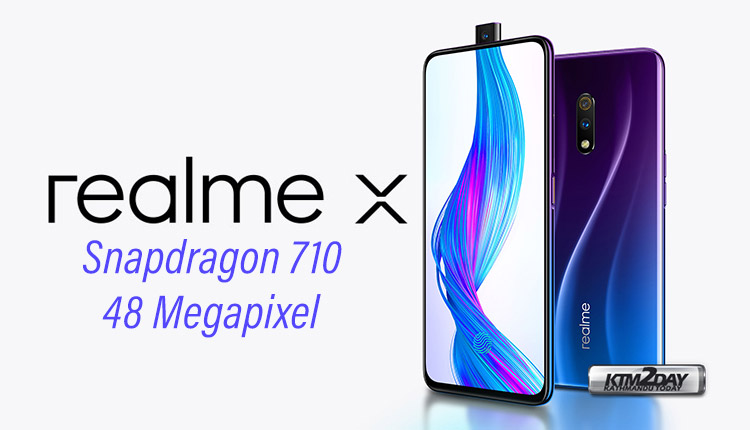 Last year in May Realme started its mobile phone journey and achieved positive results in markets such as India, Indonesia and Malaysia. Fast forward a year, and the company unknown to the outside world has set its foot in the world’s largest market China.

The Realme X is the company’s first pop-up camera smartphone to prove that its favors the ongoing trend in latest desgin and want to make its users happy.

The company also launched a rebranded version of Realme 3 Pro in Chinese market dubbed as the Realme X Lite.

The Realme X borrows the pop-up camera design from its parent company OPPO which recently launched the Oppo F11 Pro and Vivo V15 Pro smartphones. The pop-up camera in Realme X is positioned in the center and rests in a slider mechanism module .

According to the official introduction, the Realme X front camera uses a pulse motor design, which shortens the lifting stroke to 0.74 seconds and can be used continuously for more than 200,000 times. The mechanism also uses sapphire lenses and supports automatic drop recovery. 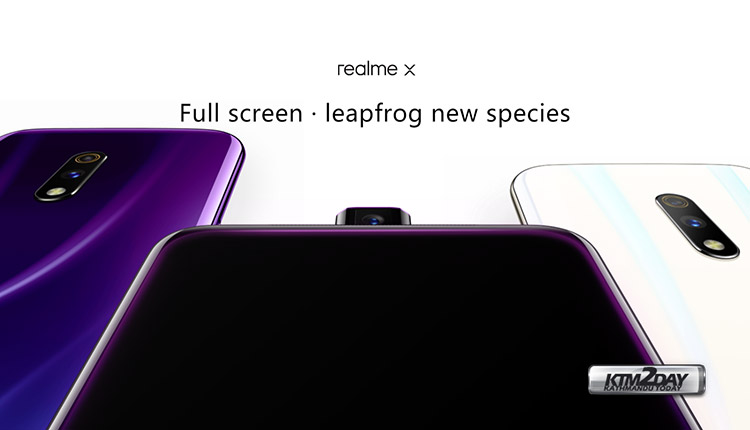 The Realme X has a screen size of 6.53 inch AMOLED display and a resolution of 2340X1080 pixels(19.5:9). Thanks to the pop-up camera, the screen has a non-profiled design with a screen ratio of up to 91.2%. In addition, the screen is equipped with a new generation of in-display fingerprint scanner and comes with fifth generation of Gorilla Glass.

In terms of performance, realme X uses the Snapdragon 710 mobile platform and is equipped with  8 GB of RAM and a combination of 64 GB and 128 GB of internal storage that supports UFS2.1 flash + LPDDR4X memory. 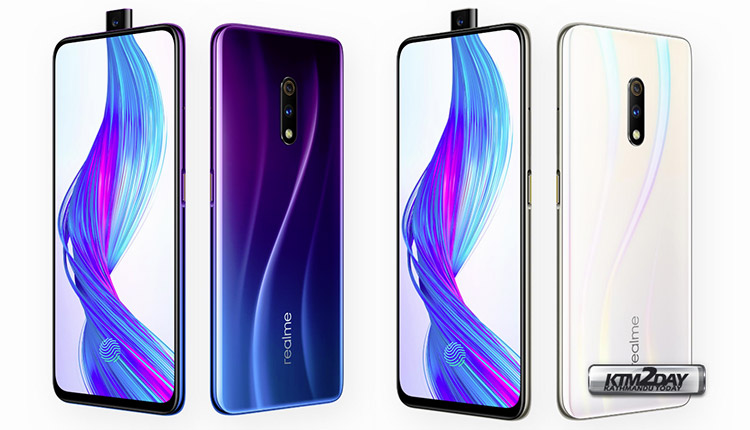 On the imaging front, the Realme X will pack a dual camera setup on the back, which houses a 48-megapixel primary sensor with an f/1.7 lens and a 5-megapixel secondary sensor with an f/2.4 lens. There is a 16-megapixel IMX 471 selfie shooter with f/2.0 aperture on the front in a pop-up module which supports multiple functions such as pixel 4-in-1, AI beauty, group portrait, beauty, and custom beauty.

The phone also comes with a 3,765mAh battery with support for VOOC 3.0 fast charging. 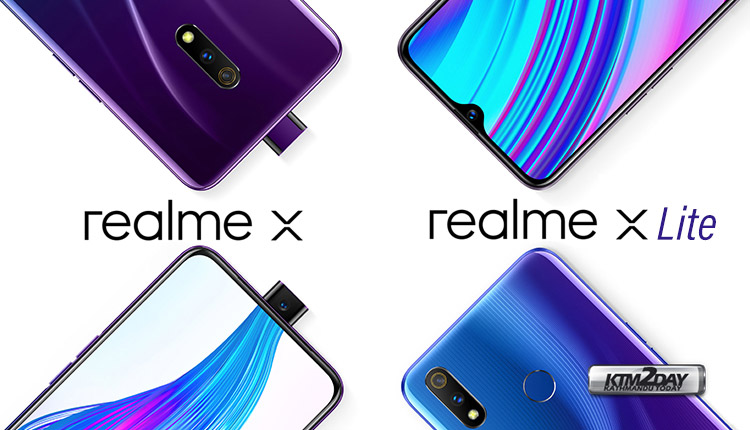 Almost all mobile phones are currently optimized for the gaming, and Realme is no exception as its mainly targets the millennials. The Realme X comes with better heat dissipation through the use of new gel cooling process to boost gaming experience with the use of Hyper Boost 2.0, Frame Rate Boost and Touch Boost engine. The device comes with apps that enhances powerful gaming experiences with the Game mode that blocks all messages and optimizes the network speed for immersive gameplay.