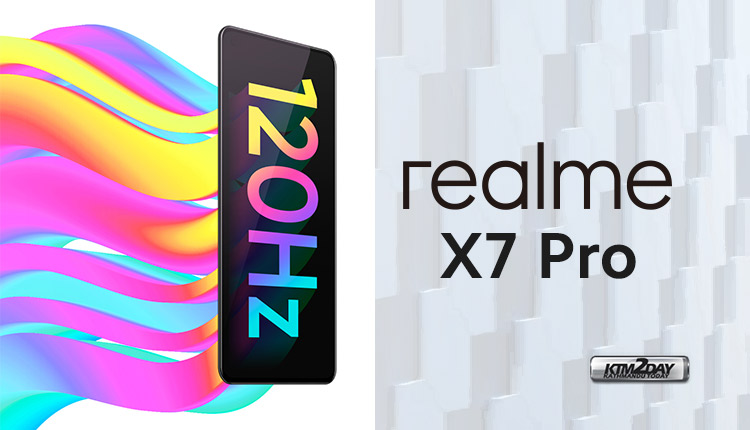 Realme is all set to launch it’s latest X7 series smartphones on September 1 which will be represented by two models – Realme X7 and Realme X7 Pro. The company recently teased a poster in Chinese social platform Weibo revealing the design partially along with launch date which is mentioned as Sept 1 at 2 PM local time.

Realme smartphone with model number RMX2121 has passed TENAA certification, sources claim that it is a new flagship device that will hit the market under the name Realme X7 Pro. 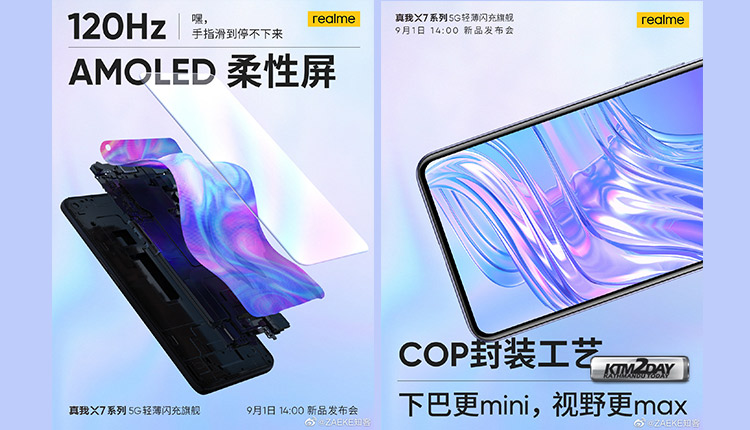 The Realme X7 Pro case measures 160.8 x 75.2 x 8.5 mm and weighs 184 grams. The TENAA database indicates that the phone will come in three color options including black, white and purple.

The Realme X7 Pro is equipped with a 6.55-inch display with a punch-hole for the front camera, which is located in the upper left corner. The AMOLED screen has curved edges and a 1080 x 2400 pixel resolution. The Chinese firm has already confirmed that the display will support 120Hz refresh rates. A fingerprint scanner is integrated into the screen.

Realme X7 Pro is set to feature a 32-megapixel front camera and a main camera with image sensors with a resolution of 64MP, 8MP, 2MP and 2MP megapixels. The smartphone will run on Android 10 operating system with the Realme UI proprietary shell. The device will be available in China with 6 or 8 GB of RAM and 128 or 256 GB of flash storage. There will be no memory card slot.

The listing mentions that the Realme X7 Pro is equipped with an octa-core processor clocked at 2.6GHz. Presumably, we are talking about the Dimensity 1000+ 5G chipset . The source claims the Realme X7 Pro will be the main competitor to the Redmi K30 Ultra.

Finally, the battery has a 4,500 mAh capacity and supports fast charging of 65W.

Realme X7 Pro and Redmi K30 Ultra have similar specs. However, the advantage of the Realme phone over the K30 Ultra is that it will come with support for 65W fast charging. The Redmi phone supports only 33W charging.

Realme will launch the Realme X7 Pro on September 1st.