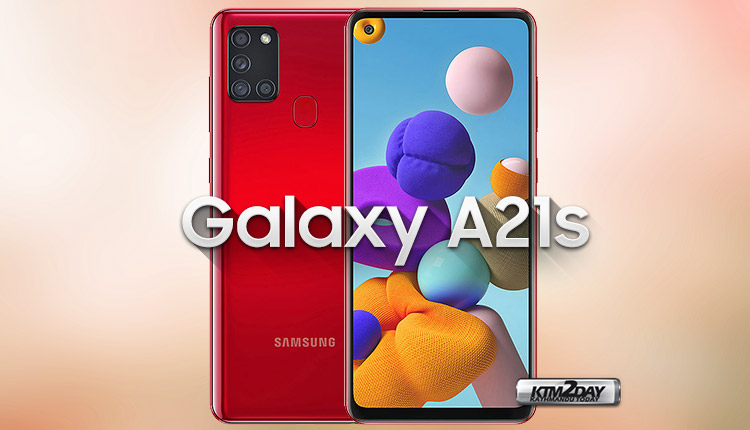 Samsung finally launched the Galaxy A21s smartphone which is a classic inexpensive smartphone with a plastic case and a standard design. With an immersive display, a versatile camera system, and long-lasting battery life, the Galaxy A21s packs Samsung’s most essential mobile innovations into a stunning, holographic design.

Samsung’s A-Series, as we know represents the mid-range segments of smartphones and this particular device as denoted by it’s model number belongs to the lower mid-range when it comes to price.

As an upgrade to it’s predecessor, the Galaxy A21s comes with a slightly better main camera, updated design, more memory and a higher capacity battery. 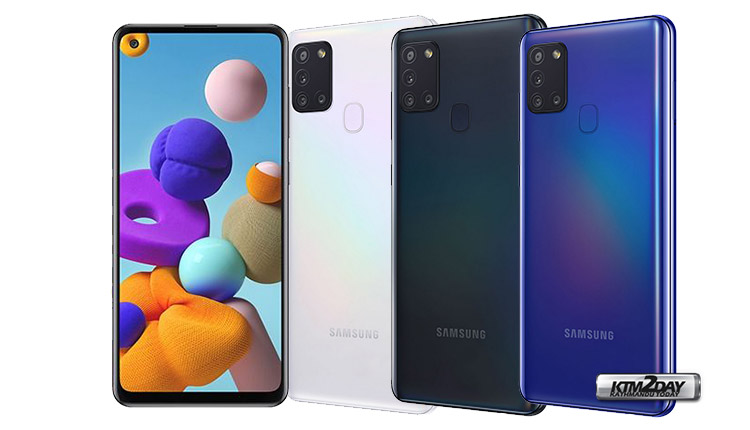 The new model has retained its previous design and differs from its predecessor in several ways. The device packs it’s main camera unit on the rear in a L-Shaped module and comes in quad setup. The device also has a reduced bottom chin than compared to the A21, but still looks spacious.

The device now features a much pronounced curved edges at the left and right side of the rear panel. The volume rockers are now combined in a single button. The camera module is less protruding from the surface panel than compared to it’s predecessor A21.

The phone has a glass front, plastic rear panel and built on a plastic frame. The design on the rear panel features a holographic design in gradient bright at the center and will be available in four different colors.

The Samsung Galaxy A21s has a 6.5 inch Super AMOLED HD+ Infinity-O-display otherwise known by a punch-hole in the screen, and comes with a resolution of 720X1600 pixels. The display has a nearly 82.8% screen-to-body ratio and packs 270ppi density with a 20:9 aspect ratio screen.

The Galaxy A21s is powered by an octa-core Exynos 850 chipset which runs on 4cores @2.0 Ghz and [email protected]  2.0 GHz . The SoC is accompanied by 3GB RAM and 32GB ROM expandable upto 512 GB via triple-card slot. There is also an additional option with 4GB RAM /64 GB storage and 6GB RAM/64 GB storage. 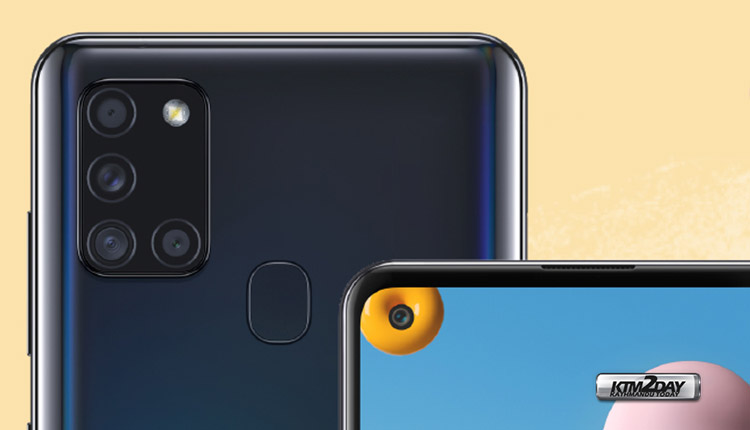 On the front for selfies and video-calling, the Galaxy A21s has a 13 megapixel camera with aperture f/2.2 which is housed in the punch hole display. The camera features a 1080p recording at 30 frames/sec.

On the back, the main camera unit comes in a quad setup and is located in the left corner in a L-Shaped module accompanied by LED flash. The device has a primary sensor of 48 -megapixel with f/2.0 aperture, secondary Ultra Wide sensor of 8 megapixel with f/2.2 aperture along with 2 Megapixel Depth sensor with f/2.4 aperture and Macro lens of 2MP with f/2.4 aperture. Camera features include support for HDR, Panorama and [email protected]

Another area where the Galaxy A21s has received an upgrade is it’s battery capacity. The device now features a 5000 mAh battery from an existing 4000 mAh on the Galaxy A21. The handset comes with a 15W fast charging support.

For bio-metric authentications, the A21s has a rear mounted fingerprint scanner and the front selfie camera can also handle facial recognition. The phone supports dual-SIM (Nano) and a memory card slot. Out of the box, the Galaxy A21s runs on One UI 2.0, based on Android 10. The device is available in three color options – Black, White, Blue and Red.

The Galaxy A21s has been launched in Nepali market at a price tag of NPR 22,499 for the basic 4GB+64GB storage model while the top-end 6GB+64GB storage version hasn’t been made available yet. 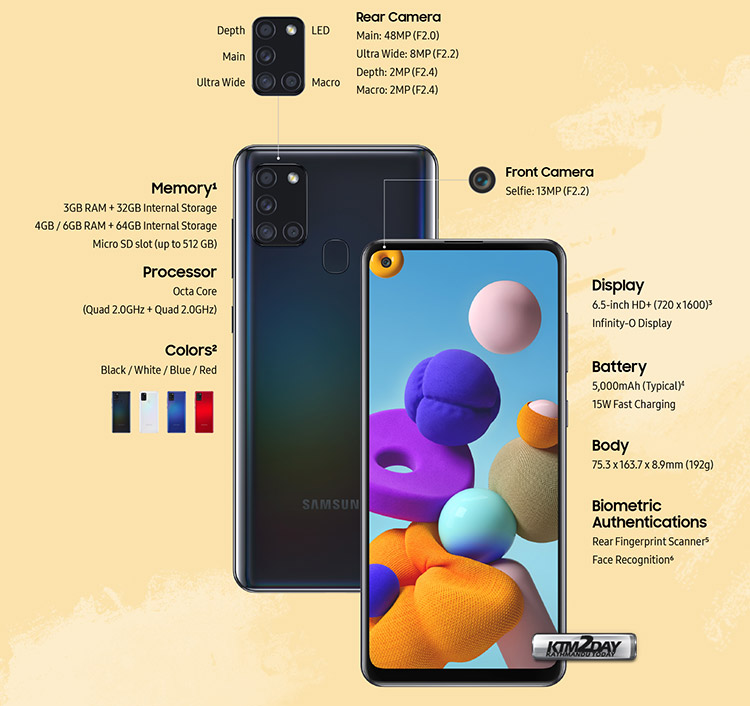