New models of Samsung’s best-selling Galaxy A series are also expected to be unveiled at the same time as the Galaxy S22.

The NBTC and FCC have recently certified Samsung’s upcoming Galaxy A53 5G mid-ranger, indicating that it will be released in the near future. Ahead of the device’s official unveiling, there have been reports of leaked images.

There are now new photographs of the Samsung Galaxy A53 model that WinFuture claims to be the official images. Here are a few examples of what we’ll be looking at.

According to the photos, the design and style of the device are consistent with prior leaks. Aside from the slightly revised camera island, which has a much smoother-looking protrusion from the pack panel than its predecessors, the rear panel looks quite similar to the Galaxy A52. A punch-hole cutout for the self-portrait camera is located in the center of the front’s bezels. The device weighs 189 grams and has an 8.9mm thickness. 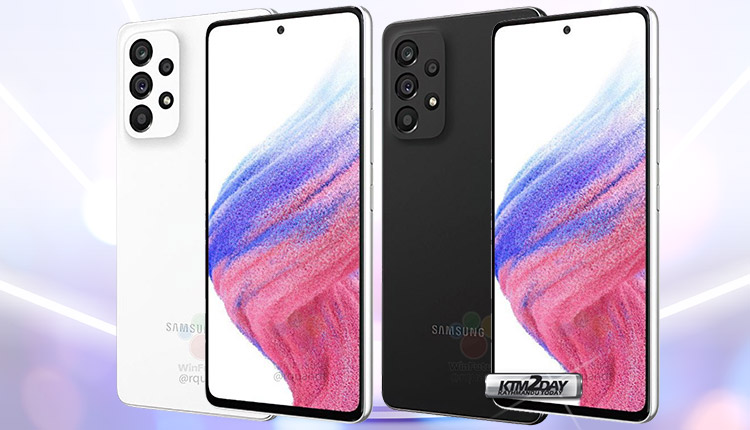 Specs of the Samsung Galaxy A53 5G (rumored)

The upcoming mid-ranger’s specifications are also revealed in the article, in addition to its design. Previous speculations have stated that the Galaxy A53 5G will have a 64-megapixel primary camera on board. For depth effects and macro photography, the quad-camera system includes a 12-megapixel ultrawide camera, as well as two 5-megapixel lenses.

The display resolution of the Galaxy A53 is 2400 x 1080 pixels, with a maximum refresh rate of 120Hz on its 6.5-inch Super AMOLED screen. The Exynos 1200, a yet-to-be-released Samsung midrange SoC, will power the phone. There will be two high-performance cores with 2.4 GHz clock speeds, and six cores clocked up to 1.8 GHz.

There will be two RAM options for this device: 6GB and 8GB. A microSD card can also be used to expand the phone’s internal storage to at least 128GB.

The Galaxy A53 will have a 5000mAh battery with 25W fast charging capabilities as its primary power source.Additionally, the phone will have Bluetooth 5.x, WLAN, and NFC connection.

According to previous sources, a few new A-series smartphones, like as the Galaxy A73 and the Galaxy A53, are expected to be released at the end of this month or in March in numerous markets. A Snapdragon processor is also rumored to be included in the Galaxy A53. The Galaxy A53’s price is still a mystery, although rumor has it that it will cost $499 when it launches.