Samsung has not released the Galaxy F42 5G, but the performance score information has appeared on the GeekBench website.

Test information shows that this device is code-named “SM-E426B”, and it is confirmed that it is equipped with the MediaTek Dimensity 700 chip manufactured by the 7nm process. The CPU specifications are 2 large 2.2GHz cores and 6 small 2.0GHz cores. Also the device is equipped with 6GB of memory and it’s running on Android 11 operating system. 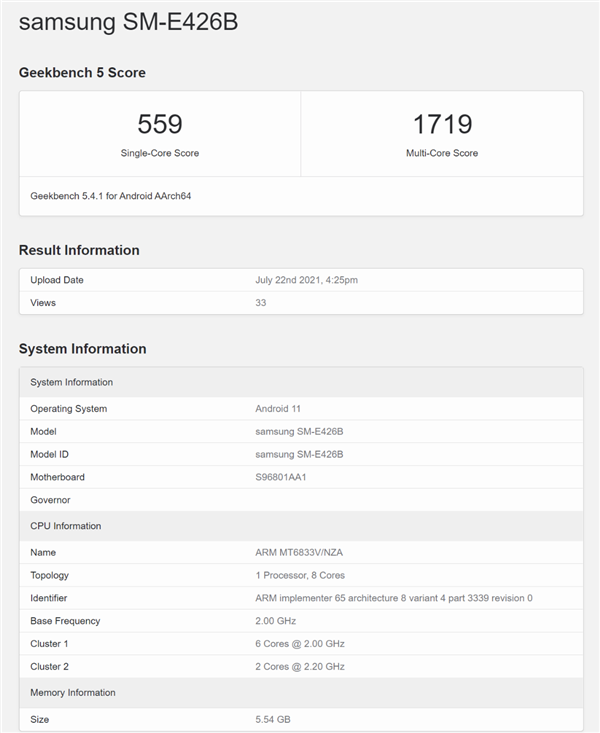 Recently, Samsung F42 5G has passed Wi-Fi certification and Bluetooth certification. According to some analysts, the device is a rebranded version of the Galaxy A22 5G.