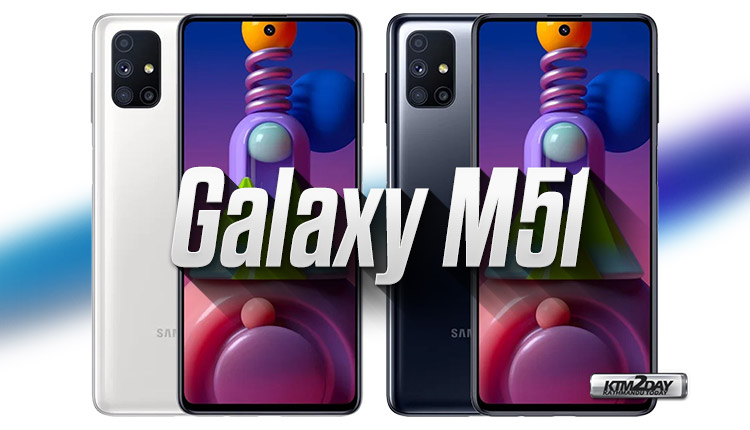 Samsung‘s new M-Series phone, the Galaxy M51 is nearing it’s launch and the device has been appearing in more and more leaked news recently. Most of the details of this device that was recently exposed in the leaks have proven to be correct. The Galaxy M51 will offer monstrous battery of capacity 7000 mAh as was noted by proven insider – Sudhansu Ambhore.

The leaker also revealed the specifications today with some official renderings showing the phone in two colors: black and white, although we suspect that Samsung will launch the device in more color options as usual.

The ‘Make in India’ Galaxy M51 is tipped to come with Qualcomm Snapdragon 730G Octa-Core processor that will make it the most powerful ‘M’ series device in India, sources told IANS on Monday.

According to this latest leak, the M51 is expected to feature a Super AMOLED screen of 6.67 inches FullHD + with Infinity-O to house the front camera of 32MP with f / 2.2 aperture.

At the rear, we will have a quadruple set of cameras with a main sensor of 64MP f / 1.8, a wide-angle secondary of 12MP f / 2.2, the third sensor of 5MP for depth detection and finally a 5MP dedicated to macros.

The device will run on Android 10 and now talking about the design, the phone is set to measure 163x78x8.5 mm.

The Galaxy M series has been known for large batteries but Galaxy M51 is set to take that to a new level. The 8.5 mm thickness will be justified by the massive 7,000mAh battery with fast charging of 25W via USB-C. 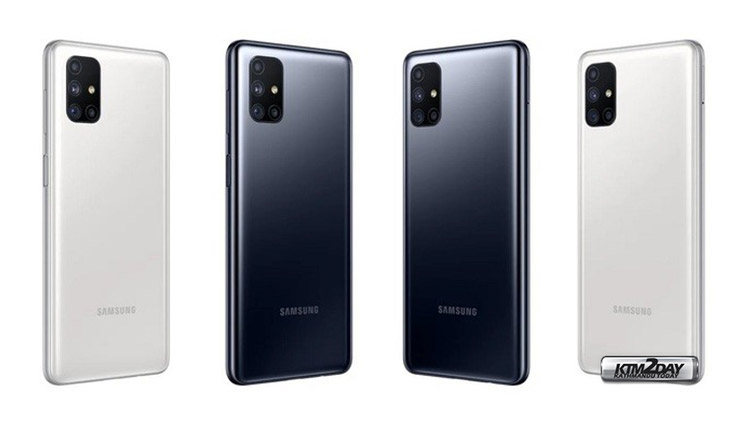 On the side we will probably see a fingerprint sensor integrated with the power button and a tray for double SIM and memory expansion via MicroSD up to 512GB.

With Galaxy M51, Samsung is aiming to take the Galaxy M series in the premium territory. The device is expected to be priced around INR 25,000 in the Indian market.