Samsung’s flagship model Samsung Galaxy S20 Ultra is a premium variant of the S20 series and comes with 108 MP main camera packed with 16 GB of RAM.

In terms of dimension and weight it is the largest S20 smartphone featuring a phablet size of 6.9 inch screen AMOLED panel with HDR+ certified and 1440p+ resolution.

Samsung Galaxy S20 Ultra is powered by a Samsung Exynos 990 processor or Qualcomm’s Snapdragon 865 processor depending on the region.The device runs One UI 2.0 based on Android 10 and packs 128GB of inbuilt storage that can be expanded via microSD card (up to 1TB). 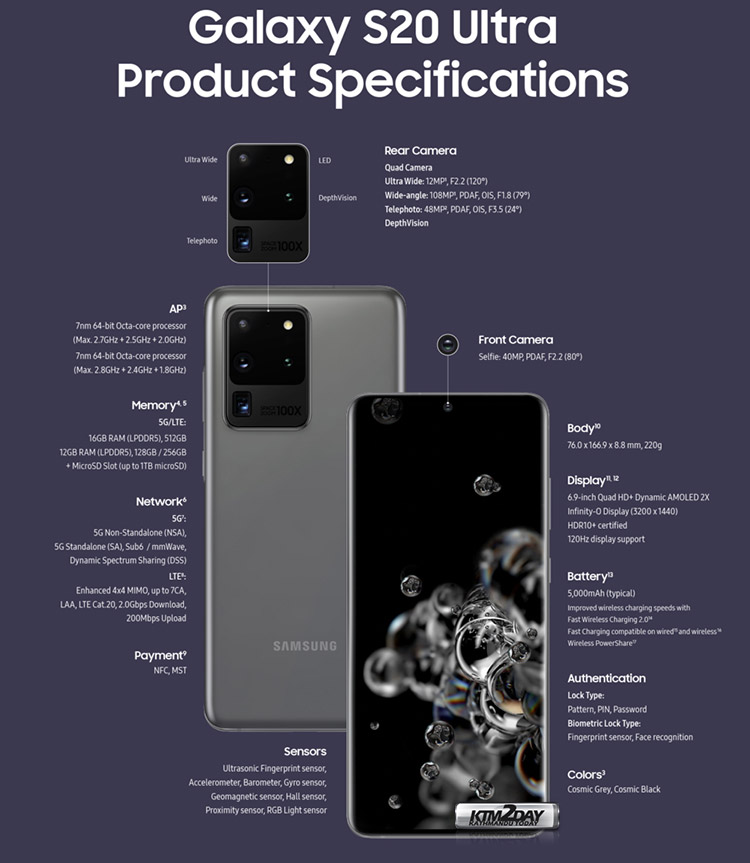 The smartphone comes with either 12GB or 16GB of LPDDR5 RAM, while storage ranges from 128GB, 256GB and 512GB for both the LTE and 5G variants. The battery capacity has also been bumped up to 5,000mAh. The Galaxy S20 Ultra also supports 45W fast charging, through the optional adapter.

Apart from the wide-angle and depth cameras, the primary camera is a 108-megapixel sensor with an f/1.8 aperture, OIS, PDAF and you get a 48-megapixel telephoto camera with a f/3.5 aperture, PDAF, OIS. 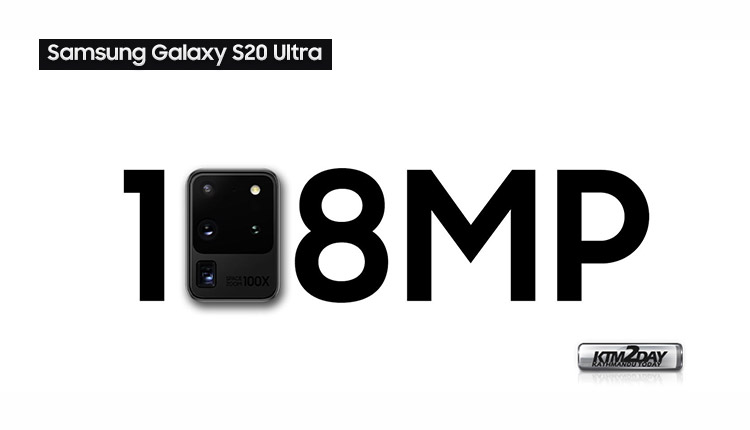 The S20 Ultra also features a new periscope-style telephoto lens, which allows it to achieve 10x hybrid optical zoom and maximum ‘Super Resolution Zoom’ of up to 100x. The front camera is also a 40-megapixel sensor with an f/2.2 aperture.

The device is available in Cosmic Black and Cosmic Grey colours. It features an IP68 rating for dust and water protection. It bears a glass body.

Samsung Nepal has finally launched the S20 Ultra in Nepali market at a price tag of Rs 1,59,999 for a 12GB RAM and 128 GB internal storage option. As a promotional offer buyers get a free set of Galaxy Buds+ TWS earphone for free along with 1 year insurance on the purchase of S20 Ultra smartphone.