Featuring next-level performance, an uninterrupted 7.6-inch Infinity Flex Display and, in a foldable first, a specially-reengineered S Pen, Galaxy Z Fold3 5G has been designed to set a new standard for mobile experiences.

Not only does Galaxy Z Fold3 offer users streamlined multitasking and breathtaking viewing experiences, it also features a sleeker and more portable design, making it the ultimate device for working, capturing, playing and more. 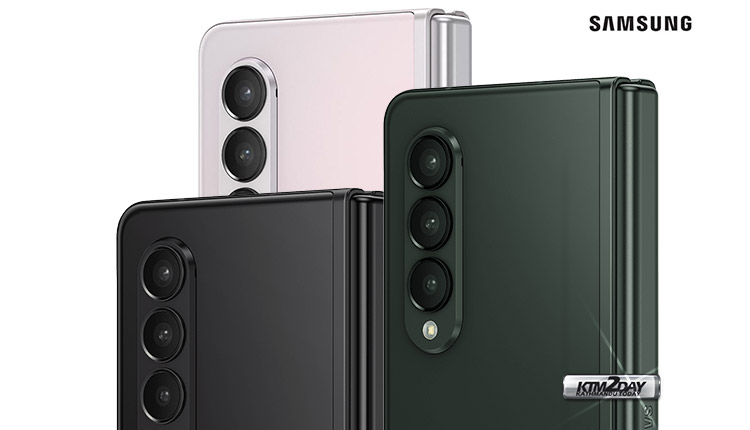 The Samsung Galaxy Z Fold 3 maintains a proposal in design quite similar to its predecessors. However, it incorporates details and new features that allow it to make a considerable leap in performance. For example, it is 10% stronger than the previous model thanks to the reinforced aluminum. It also boards the  Gorilla Glass Victus to protect the rear panel. As if that were not enough, it is waterproof with IPX8 certification. The foldable is presented with a 6.2-inch Dynamic AMOLED external display with HD+ resolution (2268×832 pixels), a pixel-per-inch density of 387 and a refresh rate of 120 Hz. On its own, this panel is already on par with the high-end.

However, the interesting thing about the Samsung Galaxy Z Fold 3 comes on the main screen. When unfolded, the handset boasts a 7.6-inch Dynamic AMOLED panel with resolution of 2208×1768 pixels, 374 dpi and 120 Hz refresh rate. The first thing that amazes, beyond its foldable feature, is that it now integrates a camera hidden under the screen. This is a considerable advancement over previous generations, as the company has managed to give full prominence to the interior screen, which is the primary mission of any foldable. Of course, this front camera is just 4 megapixels, which adheres to the new technology. Continuing with the theme of cameras, on the cover of the Galaxy Z Fold 3 we see two different configurations. The first of these is a 10-megapixel sensor that sits on top of the secondary screen. In this case, Samsung resorted to the still usual hole-punch display. Obviously, this camera is meant to cater to the tasks of a common front sensor, such as video calls and selfies just as on any usual phone. For its part, the triple camera of the Samsung Galaxy Z Fold 3 is composed of main, ultra wide-angle and telephoto sensors of 12 megapixels each. The arrangement accommodated in vertical arrangement is reminiscent of what has already been seen in the Galaxy S21. It is worth mentioning that the telephoto incorporates a double optical stabilization system, autofocus, 2x optical zoom and 10x digital zoom.

Inside the Galaxy 3 Fold we find, again, premium hardware components. Starting with its processor, a Snapdragon 888 signed by Qualcomm. RAM is 12 GB, while storage (UFS 3.1) will be available in 256 and 512 GB variants. The battery, on the other hand, is 4,400 mAh, which should be enough to offer a more than acceptable battery life. In addition, it supports 25W fast charging. 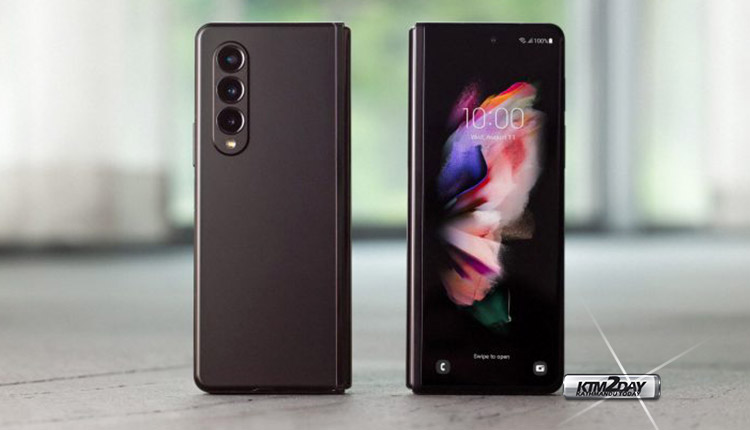 The device has support for the S Pen Fold Edition and S Pen Pro. This is where Samsung makes clear its interest in serving Note consumers with its new foldable. Finally, you should know that the Galaxy 3 Fold arrives with Android 11, the latest version of Google’s operating system that has been adapted to offer an optimal experience on multiple screens. The Samsung Galaxy Z Fold 3 will be available from August 24 in Phantom Black, Phantom Green and Phantom Silver colors in the Indian market.

The South Korean company has released it’s official pricing for the Indian market with 12 GB of RAM and two options of internal storage as follows:

Since Samsung maintains a uniform pricing across Indian and Nepali market, these prices also seem to be valid for our domestic market.