Sony just introduced in Japan the Sony Xperia 10 III Lite, a leaner version of Sony Xperia III 10 that the company introduced in Q2 2021. It is a device that falls in the middle range, but with very attractive specifications, starting with 6 inches OLED screen, which, with a 21: 9 format, makes it a narrower smartphone and compact than its competitors.

The big difference between the two Xperia 10 III phones is that the Lite model features 64GB of storage, versus the standard model’s 128GB of storage. There are also other differences, but they are minor: the Lite model has no support for FM radio and can only use one SIM at a time. However, it supports eSIM to add a second line to it virtually.

In the following table you can see all its specifications.

The Sony Xperia 10 III Lite is identical to its big brother. It has a design without notch, with the selfie camera installed in the upper frame. Its back cover is of a glossy material and has a camera module in vertical format, as well as a small LED flash and the logo of the brand in the central part. It’s a pretty clean, basic and pretty design. The OLED display it uses measures 6 inches and is full HD+ resolution. It is protected by a Gorilla Glass 6 , so it is very resistant to scratches and falls. In addition, the mobile has water and dust resistance thanks to IPX5 / IPX8 / IP6X certifications.

As for cameras, it uses a triple setup on the back composed of a main sensor of 12 MP, a wide angle of 8 MP and a telephoto of 8 MP. And it’s selfie camera is 8 MP. Regarding the operating system, it uses Android 11 with Google services.

The processor it uses is the Snapdragon 690 which, while it’s mid/low range in terms of power, allows you to use the 5G network on two SIMs (physical + virtual). Also, the Xperia 10 III Lite has and 6 GB of RAM and 64 GB of storage. It comes with 4500 mAh battery that supports 30W fast charging. 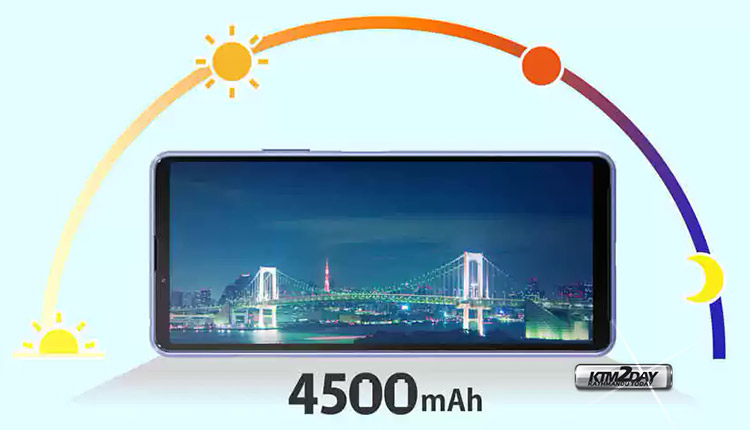 The Sony Xperia 10 III Lite is only available on sale in Japan for 46800 yen which would be about Rs 50,635 at the exchange. It’s only 10% cheaper than the standard model. And it is available in four colors: white, black, light blue and red.

It seems unlikely that this Xperia 10 III Lite will arrive in Nepali market, but you never know. If Sony announces it for this side of the world, here we will let you know.