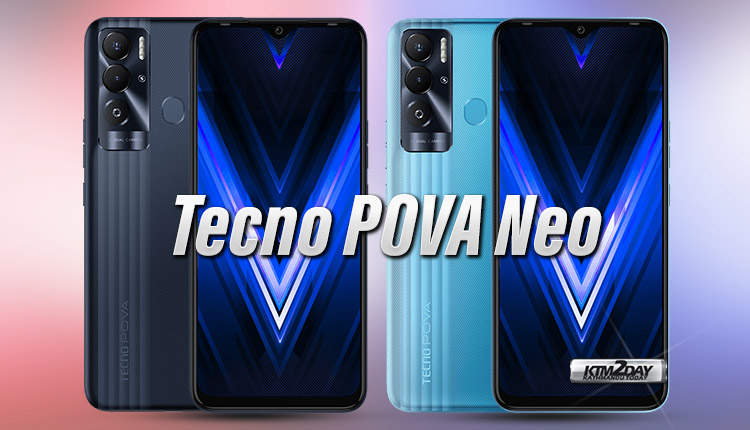 On Thursday, the Tecno Pova Neo smartphone was formally launched in India. The new Tecno phone is geared toward tweens and teens who want a huge battery and a dual selfie flash. It is available in both black and white.

It also includes two cameras on the back, one on either side of the waterdrop-style notch on the display. It also contains 5GB of virtual RAM that may theoretically be increased further. To put things in perspective, devices like the Poco M3 and Realme Narzo 30 are both available in the same price bracket, but they both have better specifications than the Tecno Pova Neo.

Specifications for the Tecno Pova Neo

In addition to an octa-core MediaTek Helio G25 SoC and 6GB of LPDDR4x RAM, the phone is also equipped with a fingerprint scanner. MemFusion allows you to boost the RAM virtually by 5GB without really increasing the physical RAM capacity. For greater multitasking capabilities, it leverages built-in memory as RAM. 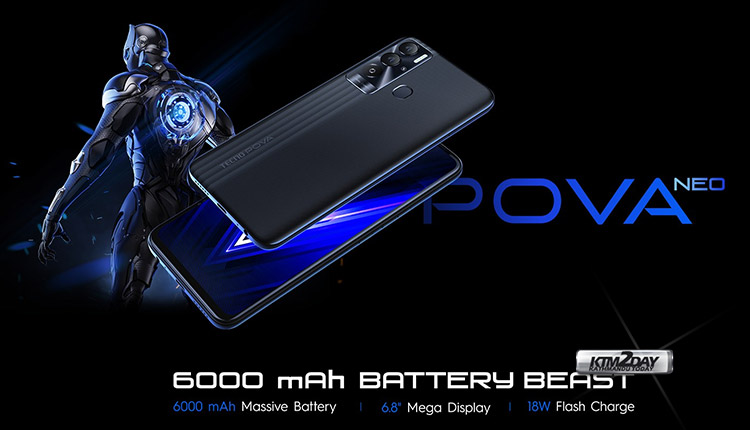 The Tecno Pova Neo has a 13-megapixel primary sensor, an f/1.8 lens, and a quad LED flash for taking photos and videos in low light. Front-facing 8-megapixel camera with f/1.8 lens and dual LED flash completes the package.

The new Tecno Pova Neo has 128GB of EMC 5.1 storage that can be upgraded via a dedicated microSD card slot (up to 512GB). For connectivity, the phone has 4G LTE and Wi-Fi 802.11ac as well as Bluetooth v5.1 and GPS/A-GPS. There is an FM radio, USB Type-C port, and headphone jack. Sensors include an accelerometer, a light sensor, and a proximity sensor. The phone’s back also features a fingerprint sensor.

Because of the phone’s massive 6,000mAh battery, which is capable of 18W rapid charging, Tecno has given it all it can handle. In some configurations, a single charge is advertised to provide 43 hours of talk time or up to 55 days of standby time. The phone measures 171.39×77.25×9.1mm in total.

The single 6GB + 128GB storage option of the Tecno Pova Neo costs Rs. 12,999 in India. Geek Blue, Obsidian Black, and Power Black are the three color options for the phone, which will be available in retail outlets starting on January 22nd.

Customers who purchase the Tecno Pova Neo will receive a complementary pair of Pova Neo earbuds worth Rs. 1,499 as a thank you gift.

The Tecno Pova Neo was only recently launched in Nigeria. The single 4GB + 64GB version was offered for NGN 75,100 (roughly NPR 21,760) as the beginning price.