The Xiaomi 11T, along with its older brother, the Xiaomi 11T Pro, arrive with a fairly advanced hardware in relation to the price for which they are going to be marketed. One more proof that Xiaomi reigns in terms of value for money. The Xiaomi Mi 11T Pro is equipped with Qualcomm’s Snapdragon 888 processor, the basic version of the latest Series 8 SoC and is not the latest Snapdragon 888+. Anyway, the performance to expect from this Xiaomi phone is top-end, so speed is guaranteed.

The new Mi 11T Pro features a 6.67-inch flat 10bit AMOLED true-colour display with a 120Hz refresh rate that also supports the company’s AdaptiveSync. The proprietary technology dynamically adjusts the refresh rate as per the on-screen content. The display is also protected by Corning Gorilla Glass Victus. Under the hood, the Xiaomi 11T Pro houses an octa-core Qualcomm Snapdragon 888 SoC, coupled with up to 12GB of RAM. In terms of optics, the Xiaomi 11T Pro houses the same triple rear camera setup that is available on the Xiaomi 11T. This means that you’ll get a 108-megapixel primary sensor, along with an 8-megapixel ultra-wide shooter and a telemacro shooter.

The camera setup also supports up to 8K video recording and HDR10+ support. Similarly, you’re getting the Audio Zoom feature for capturing audio from a distance.

The Xiaomi 11T Pro also comes with a 16-megapixel selfie camera sensor at the front.

On the storage front, the Xiaomi 11T Pro has up to 256GB of onboard storage. Connectivity options include 5G, Wi-Fi 6, Bluetooth v5.2, GPS/ A-GPS, NFC, IR blaster, and a USB Type-C port.

The phone comes with dual stereo speakers that are tuned by Harman Kardon. Further, there is support for Dolby Atmos and Dolby Vision. The phone also includes a side-mounted fingerprint sensor. The Xiaomi 11T Pro packs a 5,000mAh battery that supports 120W Xiaomi HyperCharge fast charging (supported charger is in the box). It is claimed to fully charge the built-in battery in just 17 minutes. Lastly, the phone measures 164.1×76.9×8.8mm and weighs 204 grams. 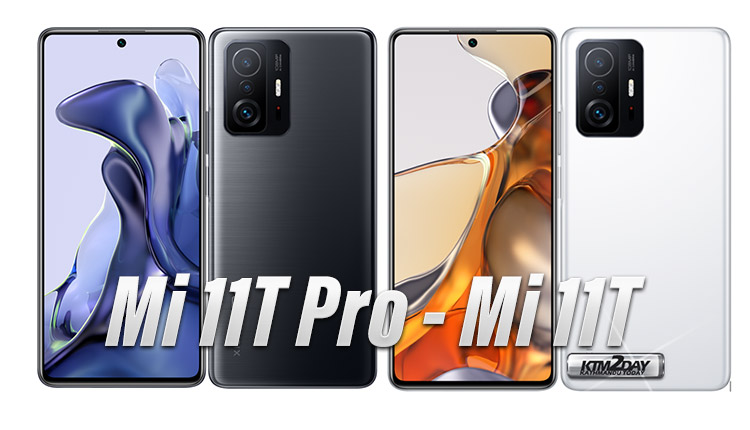 For those looking for a cheaper but equally competent smartphone, the chinese company also launched the Xiaomi Mi 11T smartphone alongside. This model is very similar to the more expensive version, the Pro, with some important differences. The Mi 11T features a 6.67-inch diagonal display with Full-HD+ resolution and AMOLED technology. However, the refresh rate is dropped from 144 Hz (Pro model) to 120 Hz, which is still a fairly high value, just like the iPhone 13 Pro.

Similarly, the camera system is exactly the same, with 108 MP+8 MP+5 MP on its triple rear camera. In fact, even the front camera retains the same 16 MP, there are no differences here in the hardware of the Xiaomi Mi 11T. This is the main difference from the Pro model. Indeed, in the Xiaomi Mi 11T we have the Dimensity 1200-Ultra processor from MediaTek. It is a variant of Mediatek’s state-of-the-art processor, created especially for Xiaomi.

In short, just as the Xiaomi Mi 11 was the first to use Qualcomm’s Snapdragon 888, the Mi 11T is now the first to use this Dimensity 1200-Ultra from the world’s largest chip and processor manufacturer.

It is a SoC of 6 nm with maximum processing frequency at 3.0 GHz, being considerably cheaper than the Snapdragon 888. Both Xiaomi 11T and Xiaomi 11T Pro come in Celestial Blue Meteorite Gray, and Moonlight White colour options and will be available for purchase in Europe. The phones will be available with two years of warranty and are promised to offer three Android system upgrades as well as four years of security patches.

The rpices of the Xiaomi 11T series are as follows: