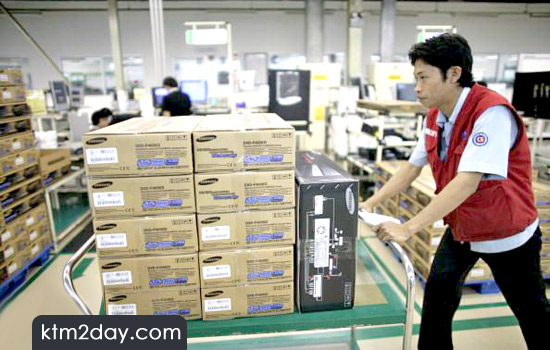 Foreign employment agencies have been lobbying with Samsung Malaysia to hire Nepali workers. Currently, 15 Nepali female workers are working in Samsung Malaysia’s Young Green Division, and the agencies are trying to get demand from the assembling division too.

“Since we have received a very good response regarding the people working for Samsung, we have requested Sams-ung to hire more,” said Kumud Khanal, general secretary of the Nepal Association of Foreign Employment Agencies. “They have been positive about this.”

Fusion International had sent the 15 female workers who are said to be earning Rs. 20,000-22,000 monthly including hostel facility and other allowances.

Nepali agencies have also been supplying workers to Sony Electronics of Malaysia. However, the salary offered by Samsung is higher than Sony. It offers a minimum of 1,000 ringgit while Sony pays 948 ringgit.

As of date, three foreign employment agencies, namely Fusion International, SCM Overseas and Japan Den, have supplied some 350 workers to Sony including 200 female workers. They are awaiting approval for another 250 persons. “If Samsung agrees, it will cost around Rs. 55,000 to get a job for females and around Rs. 75,000 for males,” said Khanal. “We are targeting Samsung for Nepali females who have completed at least eighth standard.”

Earlier, Sony Electronics in Malaysia had demanded 2,000 Nepali workers including 1,000 women within July 23. Foreign employment agencies said they had been unable to fulfil the order because of lack of passports, following which Malaysia started absorbing workers from Indonesia, Myanmar and Vietnam.

There are an estimated 500,000 Nepalis working in Malaysia. The country has decided to reduce the dependency on migrant workers cutting their number to 1.5 million from the present 1.8 million within a few years.

“As the cuts are mainly targeted in the constructions sector, we hope that this plan by the Malaysian government will not affect Nepali workers much,” said Khanal.