Tourist arrival to Nepal by air touches an all-time high 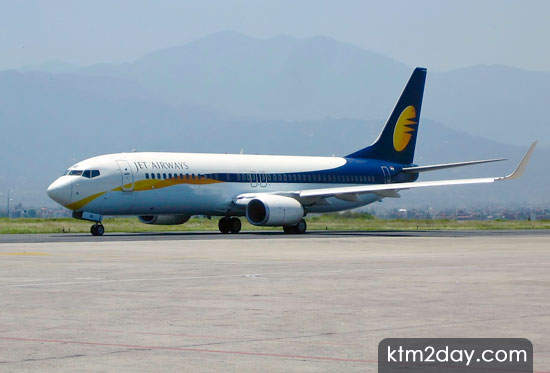 As many as 412,446 tourists visited Nepal by air in the last 11 months, revealed a Nepal Tourism Board (NTB) data. This is the first instance that the country received such a huge number of tourists since 1999.

Annual figures in the last eleven years have never been as high. Around 421,243 tourists had visited Nepal by air in 1999. However, the total number of tourists by the end of November was only 387,747.

Although the year 1999 saw an all-time high number of air visitors, tourism entrepreneurs say the year 2010 will set yet another record surpassing the 1999 records. It means that at least 9,000 tourists must visit Nepal by air in December to overcome the 11-year-old record. Last December, the country had received 31,396 air tourists.

“We are expecting that tourists’ movement will set a new record this year,” said Aditya Baral, spokesperson for NTB. Arrivals by air in November reached 48,331, 21.5 percent more than that in the same month last year. Total number of air arrivals till November last year was 347, 316. According to NTB, in November, South Asian region posted a growth of 55.5 percent, with Bangladesh-80.7 percent, India-52.9 percent, Pakistan-6.6 percent and Sri Lanka-44.2 percent.

Visitor arrivals from Asia (other than South Asia) also saw a growth of 8.8 percent, with Japan-14.5 percent, Malaysia-16.4 percent, and South Korea-44.9 percent and Thailand-154.3 percent.

However, arrivals from China and Singapore registered negative growths of 3.8 percent and 5.5 percent respectively.

Nepal had marked 1998 as Visit Nepal Year to disseminate positive image of Nepal for tourism. With this move, the year 1999 witnessed the highest visitors. However, the numbers started decreasing gradually after 1999. Due to the decade-long conflict, tourist arrivals saw ups and downs.

“The political commitment made by the parties not to launch strikes in 2011 is the positive message,” said Baral. NTB’s promotion in the international level, private sector’s participation and marketing for NTY-2011 and increased international airlines movement has boosted arrivals in Nepal.