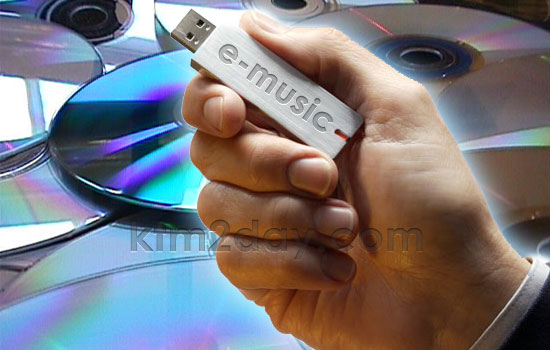 There is good news for Nepali music lovers. They can now purchase Nepali music in pen drives and memory cards.

In the initiation of Nepal Music Industries’ Association, the new service has been launched by Music Nepal and partner companies in a bid to discourage music piracy.

The new service, which will hit the market within a week, was jointly unveiled by Baburam Bhattrai, vice president of UCPN (Maoist), and Bhagwan Kumar Shrestha, president of Nepal Music Industries Association, here on Monday. More than 100 companies have reportedly partnered with Music Nepal for the purpose.

You might be wondering how to get songs in pen drives and memory cards? It’s simple. You just need to get a pen drive or a memory card, go to a nearby download station and ask the attendant to fill your device with music as per your choice.

Besides, the company will also offer pen drives loaded with songs for Rs 875 and memory cards for Rs 675. Both these storage devices come with 2GB storage capacity and six-month warranty. Each song will cost Rs 2.

“We came up with this initiative to make the sales process easy,” said Santosh Sharma, managing director of Music Nepal. “We conducted a survey throughout the country and found that people were copying songs illegally in their storage devices. So we came up with this plan.” Sharma added that they found around 300 illegal download centres in Dhangadi alone. “You can guess the situation in big cities,” said Sharma.

The company has appointed 30 dealers across the country to facilitate customers with this service. Sharma said the number will increase within next month.

However, artists are worried that the move may further encourage piracy. “A great initiative has been launched to give a boost to Nepali music industry. However, we cannot be assured until the government works actively to stop piracy,” said Ram Krishna Dhakal, president of Nepal Singers Society. He urged that the government form a separate police unit to discourage piracy.

“We found this kind of distribution system in India. But we are unaware about such practices in other parts of the world,” said Sharma. “However, this is the first time that 100 companies have come together to make customers’ access to music easier.”

According to Sharma, illegal channels are doing business worth Rs 50 million annually. With this move, they are likely to face a fierce competition.(Source:ekantipur)