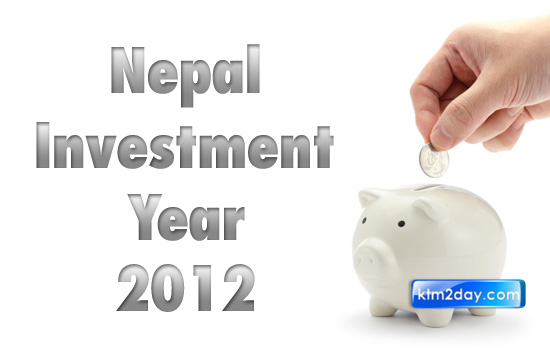 Federation of Nepalese Chambers of Commerce and Industry (FNCCI) has proposed to observe the year 2012 as ‘Nepal Investment Year’.

The federation proposed to introduce Nepal in the map of international investment, increase the investment in industrial sector, create more jobs and adopt the investment as a main economic policy of the country, in an interaction here today.

Finance Minister Barsha Man Pun said that the government would move ahead by taking the private sector into confidence to build strong foundation of national economy.

Speaking at the programme, finance minister Pun said that present government has embraced the private sector as a key player for development.

Similarly, newly-appointed vice-chairman of the National Planning Commission (NPC), Dipendra Bhahadur Kshetri, emphasised on the need of improvments the labour sector. “The existing labour unrest should be ended at the earliest,” he said.

President of the FNCCI Suraj Baidhya called on the government to create investment-friendly environment to boost up morale of private sector for investment and create employment in the country. (Source:THT)