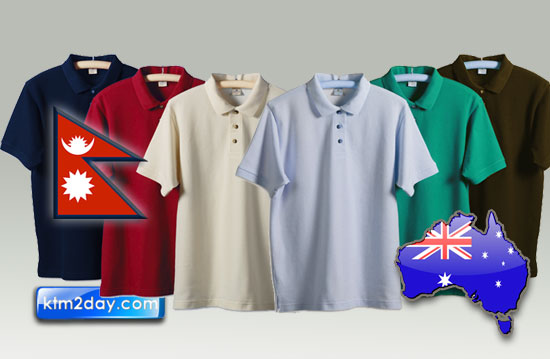 “We are getting indications of good prospects of Nepali readymade garments in the Australian market,” said president of Garment Association – Nepal (GAN) Uday Raj Pandey.

Australia already has been importing large quantity of readymade garments from India, Bangladesh and Srilanka, he said, adding that it could be a good opportunity for Nepal, if the Australian market could be exploited.

In the past too, single market concentration has hurt the Nepali readymade garment sector making it necessary for the exporters to diversify the markets.

“Currently, some individuals are exporting Nepali readymade garment to Australia but its contribution is negligible to the total export,” said Pandey, adding that a team of eight people from the garment sector is going to participate in a trade fair in Australia in November last.

After EU, Australia can be Nepal’s potential buyer, Pandey said, adding that the EU is a key market for Nepali garment exporters, as it has seen a steep rise in exports to its market, whereas American market has witnessed a minimal growth. Some small scale exporters are still exporting to the US, he added, “but in negligible quantity.”

An industry that once provided direct employment to up to 50,000 people now employs just a few thousand people. During the fiscal year 2010-11, garments worth Rs 4.084 billion were exported which is an increment of only 8.7 per cent compared to last fiscal year. (Source:THT)