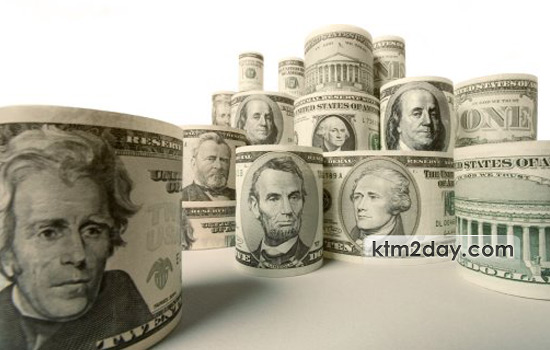 Nepal Rastra Bank (NRB) has fixed the exchange rate for the US dollar at Rs 78.76 for Friday marking a three-month high for the Nepali rupee. The rupee had dropped to a historic low of Rs 86.37 on Dec 16.

Nepali currency is pegged with Indian currency, and the Nepali rupee has risen along with the appreciation of the Indian rupee. The Indian rupee rose on strong inflows of the US dollar and recovery in India’s capital market that was once plagued by outflows.

Statistics from the Securities and Exchange Board of India show that overseas investors have bought Indian stocks worth US$ 2.1 billion so far this year and invested US$ 3.2 billion in debt instruments, according to Indian media.

Earlier, foreign investors had lost confidence in the Indian market as the projected annual growth rate of the Indian economy at 8 percent was revised to 7.5 percent. Various Indian media quoting different players from the private sector had also reported chances of the rate going below 7 percent.

This led foreign investors to pull back their investments from the Indian market, and the market saw high demand for the greenback raising its value sharply.

The Reserve Bank of India (RBI) also played a crucial role in bringing down the exchange rate. The RBI imposed a limit on buying and selling of the US dollar and even injected dollars indirectly into the market.

NRB spokesperson Bhasker Mani Gnawali attributed the appreciation of Indian currency to a fall in demand for the dollar in Mumbai’s money market. “Quick fluctuation in the exchange rate does not last very long,” said Gnawali.

A weaker dollar is good news for Nepali importers as prices of goods imported from third countries, including vehicles and IT related goods, will fall, stimulating their demand.

On the negative side, a strong dollar was instrumental in boosting remittance inflow, which will fall slightly at the current rate.

“However, as remittance has also grown in terms of dollars, it will not go down that notably,” said Sashin Joshi, CEO of NIC Bank.(Source:ekantipur)