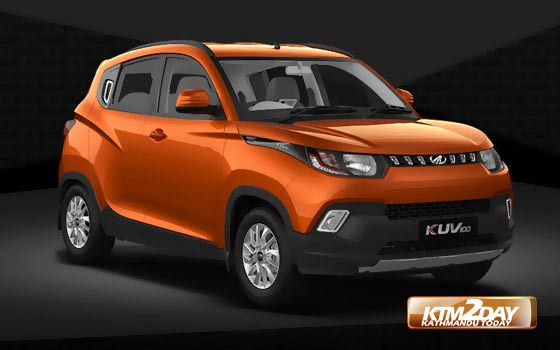 Launched on January 15 in India, the latest offering from Mahindra — KUV100 is expected to be launched in the Nepali market soon. Agni Incorporated, authorised distributor of Mahindra Vehicles, is planning to introduce the new compact SUV by the end of April. Mahindra KUV100 with its aggressive styling and dominating SUV stance remains true to the tough and rugged Mahindra DNA. The new Mahindra KUV100 would be offered in four trims — K2, K4, K6 and K8.

“KUV stands for Kool Utility Vehicle. It is one of the young, cool and trendy vehicles to be introduced in Nepal,” said Sijan Neupane, Marketing Manager at Agni Incorporated, adding, “We believe this vehicle will secure itself among the top three positions in the compact SUV segment in the Nepali market.” Citing that the vehicle will have a competitive price tag, he informed, “The price of the compact SUV will range from Rs 2.4 million to Rs 3.1 million.” According to him, its competitors are Maruti Suzuki Swift, Wagon R and Ford Figo.

Under the hood, the KUV100 will be powered by mFALCON, an all-new engine family with options of both petrol (mFALCON G80) and diesel (mFALCON D75). Named after a bird of prey, mFALCON is a compact lightweight engine built to deliver playful and high performance as its name suggests. The KUV100 claims to be a next generation SUV that fits the evolving aspirations and lifestyle of today’s youth.