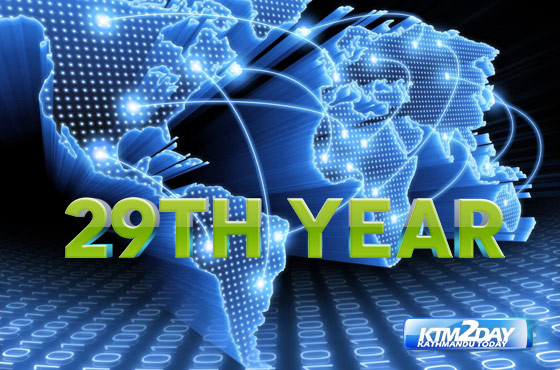 Today marks the 29th year that the World Wide Web has been in existence. This will be the first time in history that more than half of the global population is able to go online and interact. From the early days of dial-up to improving fiber optic connections, the publicly available internet is ever evolving.

New issues have arisen over the past few years as web access becomes a greater necessity. The “digital divide” between those with and without access is readily apparent. People that are offline completely are cutoff from the world’s largest information source and lack opportunities that millions of users see regularly.

It may seem as though achieving complete global connectivity should be possible within the next decade, but serious investments are required to bring the entire population online. It is estimated that the last one billion people will not receive proper internet access until 2042.

Complete global access is still far off in the distance

Back in 2016, the United Nations declared internet access to be a human right just as drinking water and shelter are basic needs, but one of the major problems to overcome is cost. Mobile internet access is the only option available for many in developing countries. Data can cost more than 20 percent of a monthly income for just 1GB. A target has been set by the Alliance for Affordable Internet to bring this down to less than 2 percent of household income, but markets do not change without cause.

Another problem that has arisen is controlling the flow of information online. There are a handful of well-known sites that are able to quickly spread information. It is difficult for new websites to gain recognition in the vast expanses of the web. Barriers are effectively created due to the dominance held by established sources.

If the well-established sites only share useful and factual information, there are few issues. However, the reality is that the users of social media platforms and public forums do not always have good intentions nor are they always accurate. It has become drastically easier for misinformation to spread and be used to influence large masses within hours. Businesses are working to address this problem and are aware that their future may require stricter monitoring of content.

The web has gone through different phases in visual appearances and network adaptions that will continue to change. From the beginnings of the WorldWideWeb browser later renamed Nexus, to Google Chrome and Firefox Quantum, even the way we view content has drastically changed.

Arising 5G technology that will enable even faster connectivity for billions of new devices is one of the next steps that will forever change the web as we know it. What would have taken days before the turn of the millennium now takes seconds. The future possibilities of the web will only continue to expand as the technology is made available to share even more information at click of a button. The only major limitations are that of our imaginations.