HuaweiMobile Phones
By NewsTeam On Aug 19, 2018 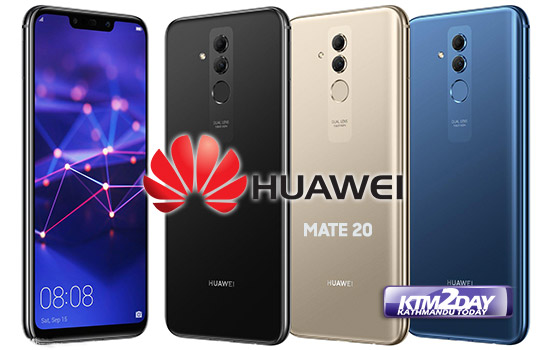 Richard Yu, the CEO of Huawei smartphone division has confirmed that the upcoming Huawei Mate 20 and Mate 20 Pro will be powered by the 7nm Kirin 980 which will have a 24-Core GPU.

It looks like the firm is set to announce its latest HiSilicon processor, the Kirin 980 during this year’s IFA Berlin event. IFA Berlin will take place starting on August 31 and will run through September 5.

It’s almost been a year since Huawei debuted the Mate 10 and Mate 10 Pro. While it has yet to be confirmed, there is speculation that the successor to the aforementioned handsets is set to make its debut before the end of the year. A new leak has alleged details about the upcoming and unannounced Mate 20 and Mate 20 Pro handsets.

When it comes to its processor, the Mate 20 will arrive with a HiSilicon Kirin 980, which will be the firm’s first 7nm SoC. The smartphone could also arrive with 6GB RAM and 128GB of internal storage.

When it comes to the display, the Mate 20 will arrive with a 6.3-inch AMOLED panel. It is unknown at this time whether the handset will have a display cutout. As far as the battery goes, the smartphone will have a large 4,200mAh unit, which is just a tad larger than last year’s Mate 10. Surprisingly, when it debuts, it could be running Android P and might even support wireless charging.

Two other models were also apparently listed in the firmware, the Mate 20 Pro and Mate 20 Lite. Unfortunately, there wasn’t much information regarding the two other handsets, but from what can be seen, the Mate 20 Pro could arrive with an in-display fingerprint reader. This technology shouldn’t be too much of a stretch for the company, as it was already featured on its Porsche Design Huawei Mate RS.

All of the previous information has been sourced from firmware, so there is the possibility that it isn’t 100 percent accurate. As always, we won’t know how much of it is reliable until Huawei makes an official announcement, but for the time being, this could give us a good idea of what might be on the horizon from the company.