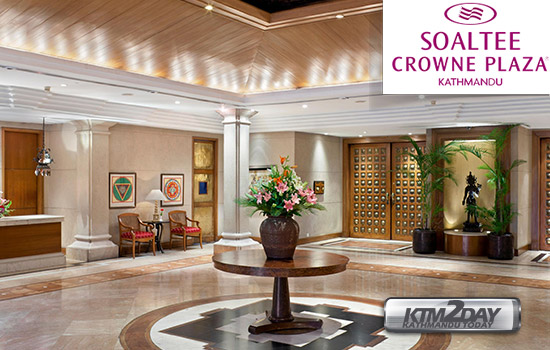 Hotel Soaltee Crowne Plaza has bagged the award of the Best Managed Company during this year’s NewBiz Business Conclave and Award 2018 held on the hotel premises on Friday, September 21. This is the fifth edition of the business award, which New Business Age (NBA) Pvt Ltd has been organising since 2013.

During the awards ceremony, NBA handed over a total of 23 awards in ten different categories. Sipradi Trading had won the award of the Best Managed Company during the last edition of the award.

Separate juries were formed to evaluate the works of business organisations from across the country and standout individuals to award them.

Lamsal expressed his belief that this kind of awards ceremony would motivate the entrepreneurs to provide better service and make them more accountable. He further said new businesses are emerging in the country but the concerned authorities have not given proper attention in creating a favourable environment for the growth of this sector.

Buddha Air to operate flights from PRIA to 3 destinations in…

Winners of the NewBiz Business Conclave and Award 2018