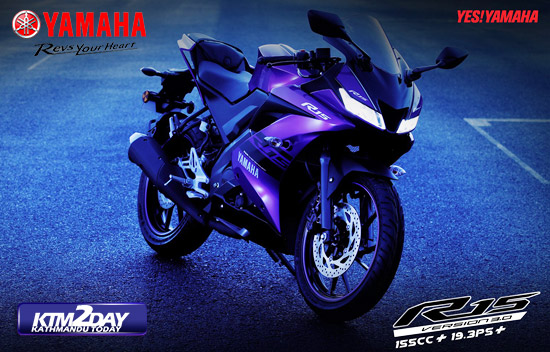 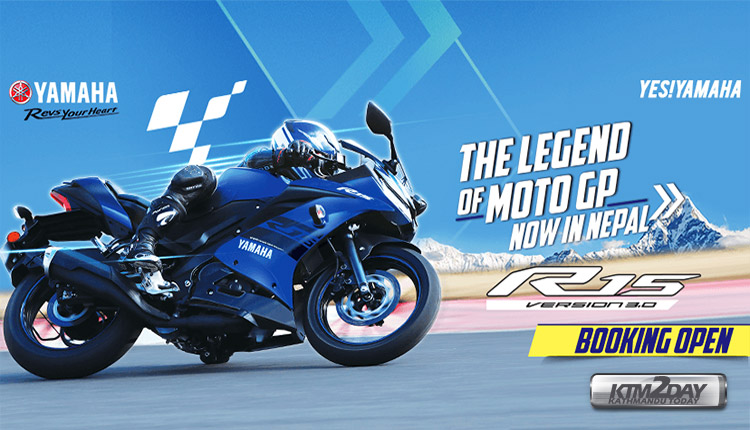 Nepal Automobile Dealers Association (NADA) and Global Exposition and Management Services Pvt Ltd are jointly organizing NADA Auto Show 2018 in Kathmandu from 11 to 16 September  2018.The show will be held at the Bhrikuti Mandap Exhibition Hall in Kathmandu.

The standard Yamaha R15 has been one of the most famous and affordable sports bike in Nepal. Adding more advancements to the same, Yamaha introduced the latest Yamaha R15 V3 which is the latest new-generation bike that comes equipped with advanced features that go beyond the given segment. The Yamaha R15 V3 is a fully-faired bike.

The dual-tone paint scheme adds to the aggressive looks of this power-packed entry-level performance bike.

However, with respect to the overall design features, the bike resembles its elder siblings from the R-series like the previous-generation R3 & R6 series. One of the most striking changes included in the Yamaha R15 V3 is the addition of angular headlights which is separated by some central vent.

Yamaha claims that it can clock a top speed of 136kmph and return a mileage of 45kmpl.

Additionally, the engine of the Yamaha R15 V3 also features the highly specialized Variable Valve Actuation (VVA) technology which is responsible for bringing about the necessary fuel regulation at different throttle inputs and speeds.

The Yamaha R15 V3.0 is offered in only one variant which is priced at INR 1.25 lakh. However, you can choose between two striking colour options – Racing Blue and Thunder Grey. The third-generation R15 will rival the likes of the Suzuki Gixxer SF and the Honda CBR 150 R.