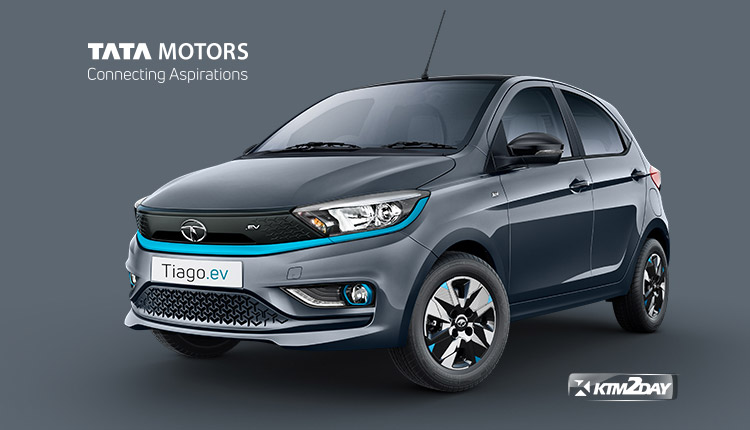 The debate has been ongoing in both India and Nepal ever since Tata unveiled the electric version of their Tiago hatchback. Tiago has been anticipated in particular by buyers intending to purchase an EV in the 22 to 30 lakh rupee pricing range.

The Tiago EV’s importation into Nepal has advanced, according to Tata’s authorized dealer Sipradi Trading. By the end of January or the start of February, the business has stated that sales of the Tiago EV will commence in Nepal.

In the last few years, Tata has successfully migrated it’s fuel powered Nexon and Tigor models to the electric platform. The cheap Tiago Electric is the newest addition to the electric vehicle lineup from Tata Motors India.

The company has made good on its promise to release the hatchback variant within a month, as it did on World EV Day-2022.

The company’s Wednesday introduction of the Tiago EV in India was on schedule with previous announcements. At the 2018 Auto Expo, the idea to produce an electric version of the Tiago was first announced by the company to the public.

Tata’s lineup of EVs includes 10 different models. Tata’s newest all-electric vehicle, the Tiago, joins two other models in the company’s lineup. Tata intends to introduce all of these series by 2026. 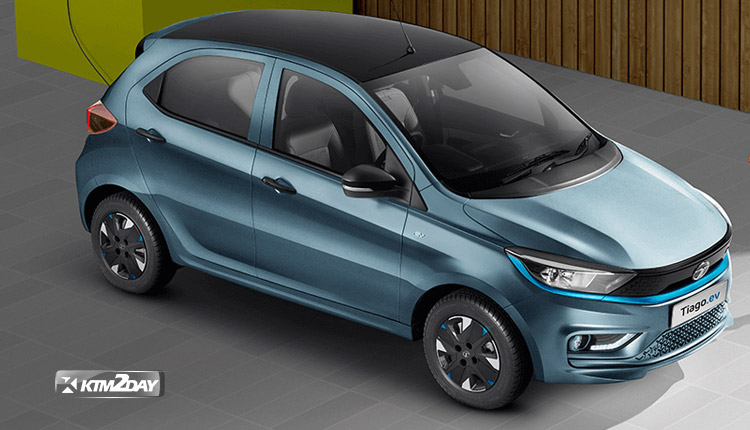 The manufacturer claims that there are two different battery pack choices for this car. With a 19.2 kW capacity, one may travel upto 250 kilometers on a single charge. When fully charged, the company’s other 24 kW battery model can reportedly travel 315 kilometers. Similarly, its motor is rated at 55 kW. A sport mode is available as well.

The manufacturer claims that a full charge will take 4 hours using a standard AC charger and only 1 hour using a fast charger. It has a warranty of up to 8 years or 160,000 km.

The Tiago EV is packed to the gills with high-end amenities such as a touchscreen infotainment system, electric outside mirrors and sideview mirrors, cruise control, push-button start/stop, leatherette upholstery, and automatic headlights.

The Tiago EV’s exterior differs visually from the regular model in several ways. Most noticeably, it features blue accents on the grille and surrounding the fog light housing; EV badging on the front fenders; and, finally, new alloy wheels. On the inside, you can spot the blue details near the air conditioning vents. 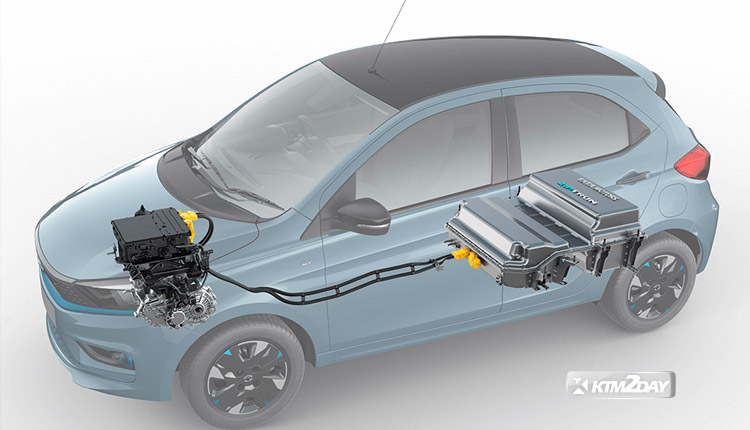 When it comes to electric vehicles in India, the Tata Tiago currently has no direct competitors. However, Citroen‘s completely electric version of the C3, which will compete with the Tata EV, will make its premiere very soon.

Tata Tiago’s petrol models may be purchased in Nepal for somewhere between Rs 24 to 32 Lakhs Nepalese rupees at present.

The manufacturer asserts that the upcoming Tiago EV product offers the lowest price point of any EV. 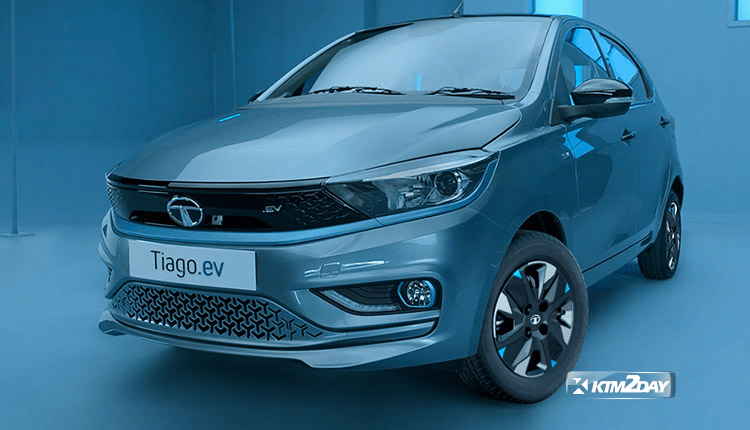