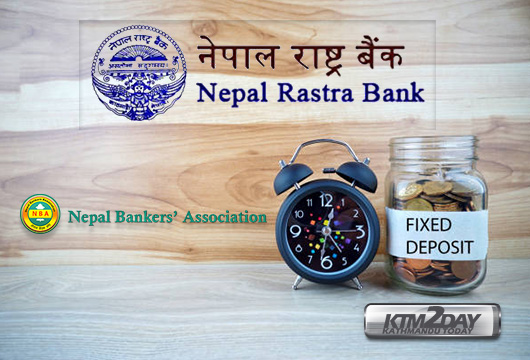 Banks have started facing crunch of loan-able funds as credit expansion skyrocketed while deposit mobilization slowed to a crawl. This is happening in the banking industry amidst the projection that lending rates will come down.

Nepal Rastra Bank — the central regulatory and monetary authority — through the Monetary Policy has presented a raft of measures to keep the interest rate at an ideal level and stabilize it. However, slow growth of deposits against high demand of credit could invite financial turmoil like in the previous fiscal years.

To avoid this situation, NRB had asked banks to submit their credit and deposit plans since the beginning of this fiscal. Bankers claim that while the central bank has sought their plans, it has neither reviewed nor made any intervention based on that analysis.

Meanwhile, the meeting of Nepal Bankers’ Association (NBA) — the umbrella network of class ‘A’ banks — has been scheduled for Thursday morning to discuss the recent development and unhealthy competition in the market.

Bankers have been arguing to bring down the deposit rate by 0.5 percentage point from the earlier agreement eyeing expectations that the lending rate will come down. The NBA meeting will discuss on keeping the fixed deposit rate for institutional depositors at 10 per cent and for individuals at 10.5 per cent, according to sources.