Home » NEWS » How to Apply Online for Embossed Number Plate in Nepal? According to the Department of Transportation, old cars should have embossed license plates as well.

Government of Nepal publication ‘Gazette’ stated on November 7 that new vehicles registered at Transportation Management Office must have an embossed number plate starting from Mangsir 1.

According to Ram Chandra Poudel, the department’s director, newly registered vehicles in all provinces except for provinces 1 and 2 has begun using embossed number plates from Mangsir 1.

As Director Poudel pointed out, embossed number plates have been made mandatory as a means of thwarting criminal activity like car theft and revenue fraud while also to modernize vehicle management.

Six years ago, an agreement was reached to produce 2.5 million license plates. Department and Indian company Decatur (Tiger IT Corporation) reached an agreement six years ago for embossed number plates supply and printing.

Director Poudel says that from Falgun 1, vehicles that have had their ownership changed should have embossed number plates installed. Vehicle registration renewals will also require an embossed connection starting from Jestha 2079.

The fee for embossed number plates has been set by the department based on the type of vehicle. The fee for motorcycles and scooters has been set at Rs 2,500, Rs 2,900 for three-wheelers, Rs 3,200 for four-wheelers, and Rs 3,600 for large vehicles, respectively.

The Transport Management Act 2054 stipulates that anyone caught driving a vehicle without a real license plate or displaying a fake plate could face a six-month jail sentence or a fine ranging from Rs 5,000 to Rs 15,000.

The traffic police will monitor the renewal process once it is implemented. Those who do not connect will be punished according to the law, ‘said Poudel.

So far, 12,000 embossed number plates have been installed in all types of vehicles.

Process of getting a Embossed Number Plate

Vehicle owners interested in having their license plate numbers embossed must first visit DOTM’s website and select ‘Embossed Number Plate System.’ Upon printing the application, the revenue (embossed number plate fee) must be paid to the concerned transportation office.

According to him, all these works will be completed in one day. 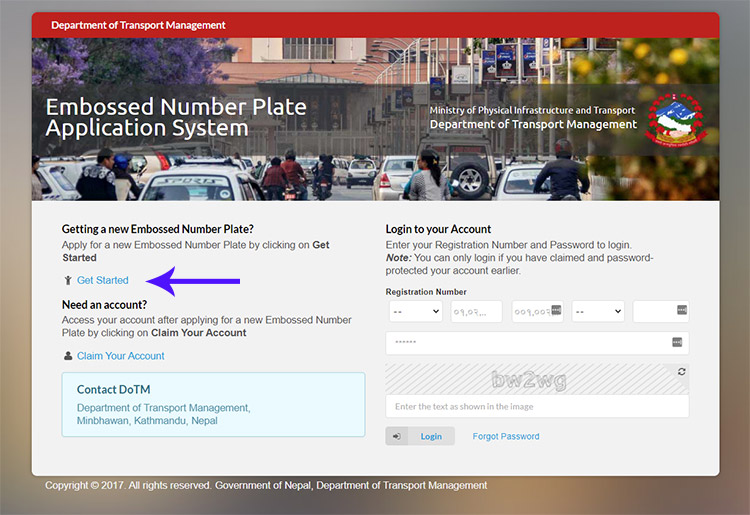 Now fill out all the details as shown below. 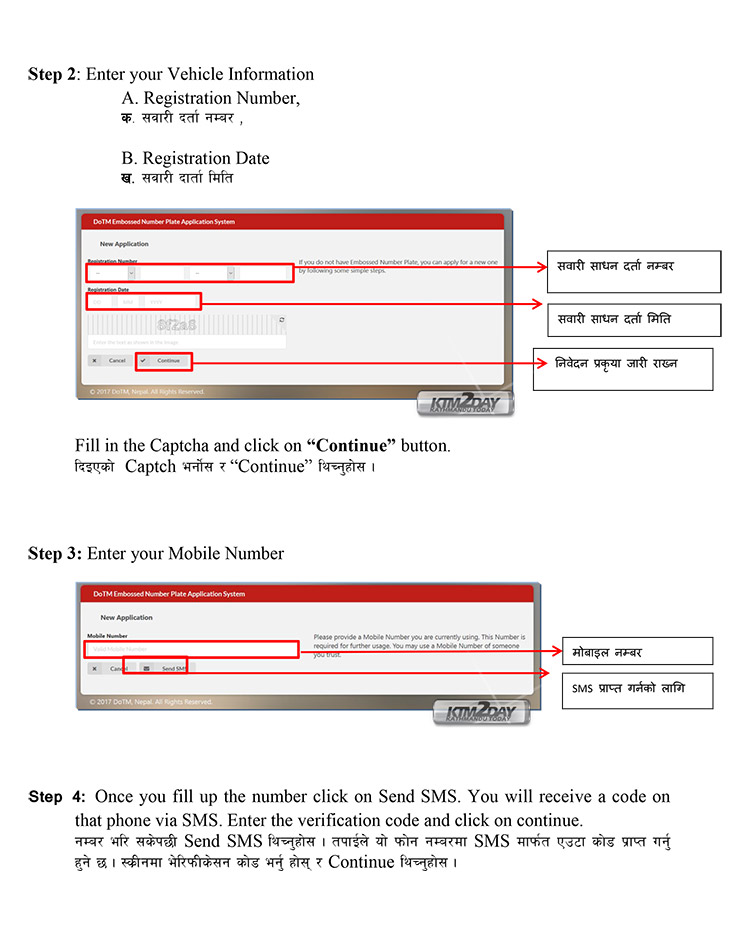 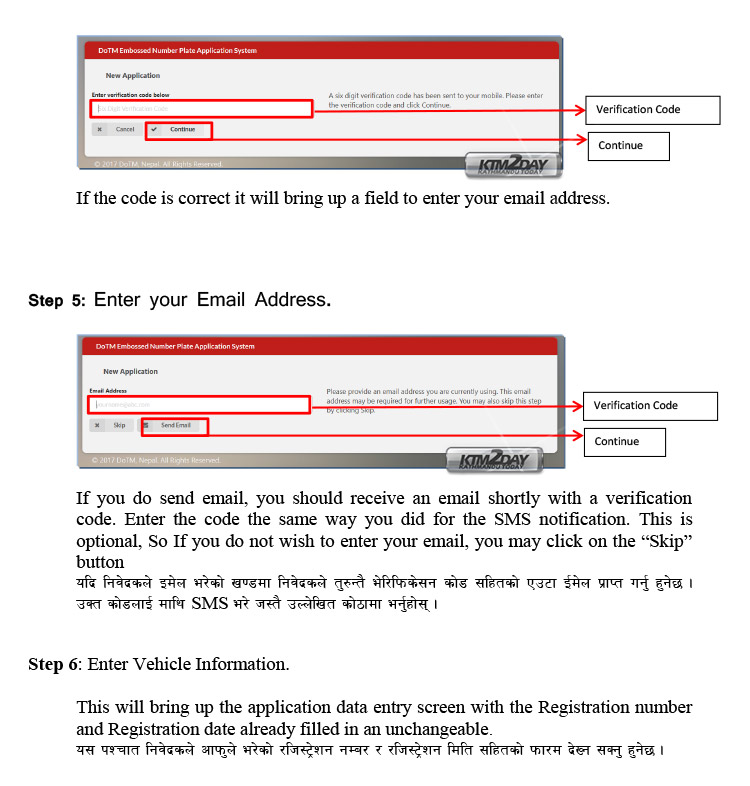 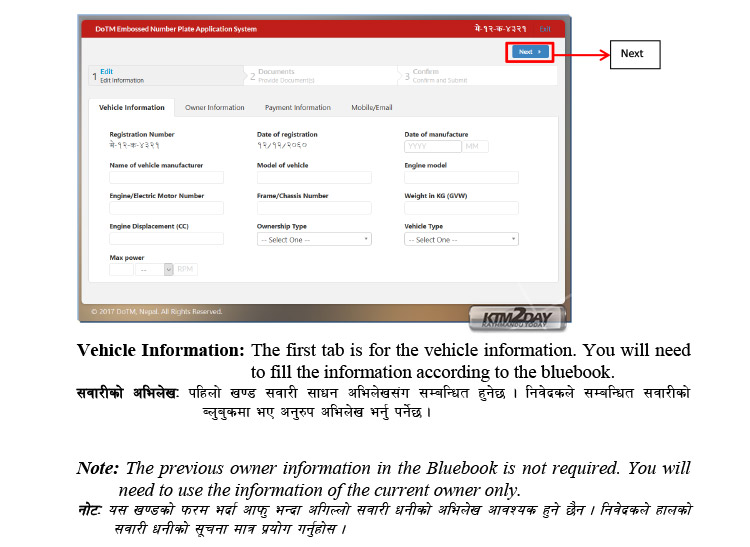 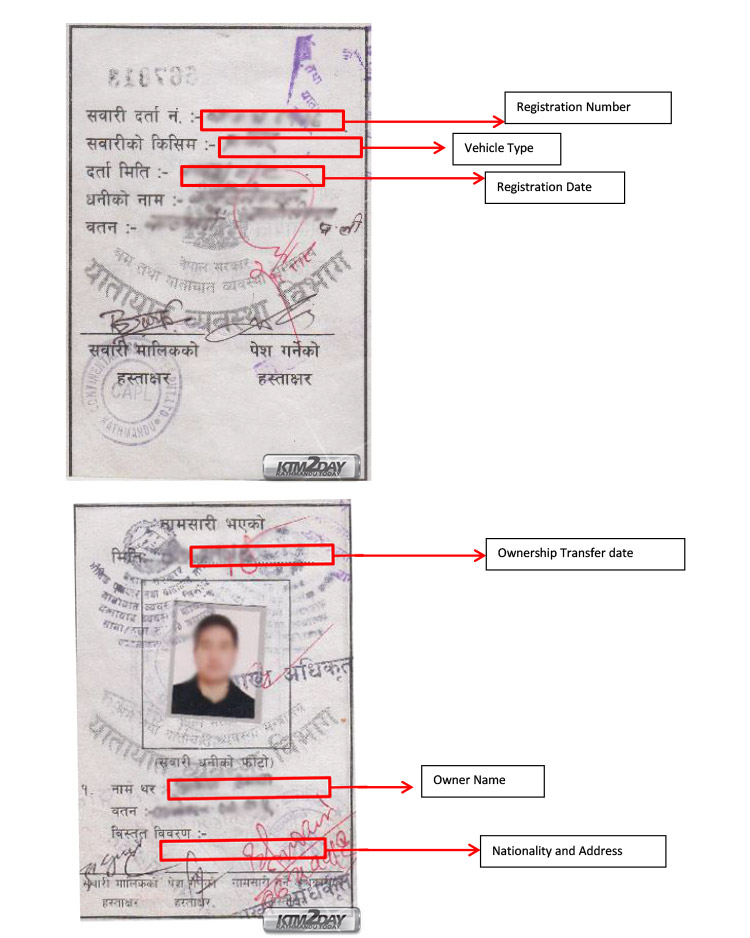 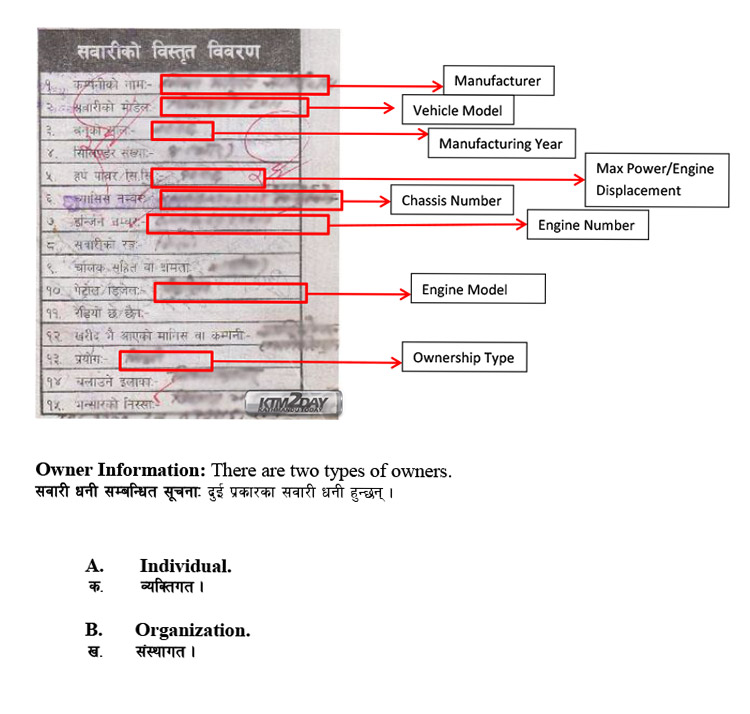 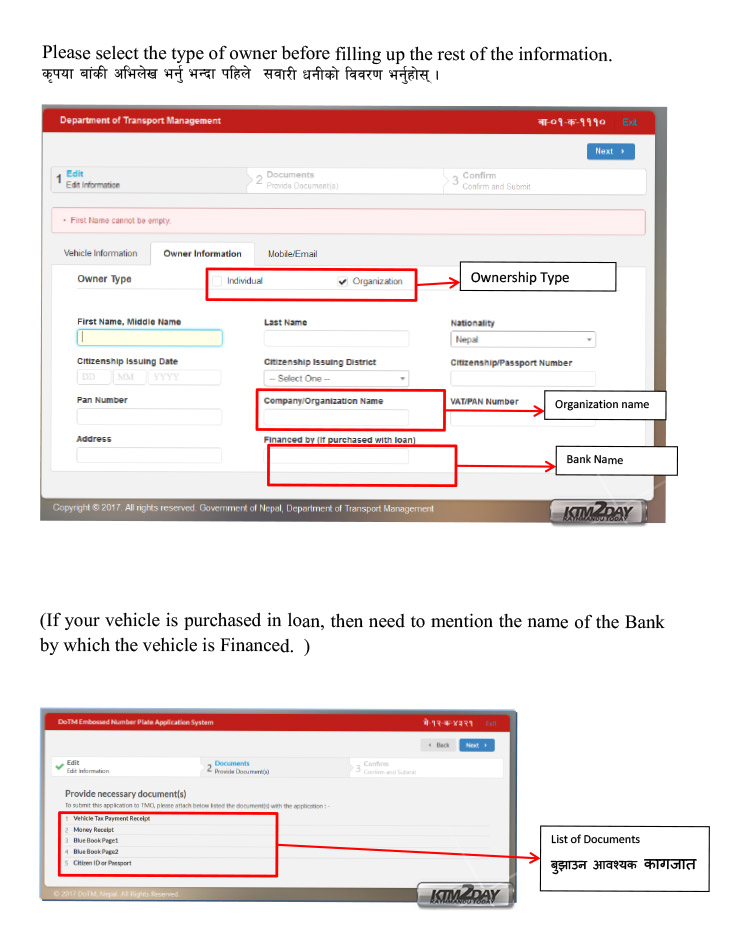 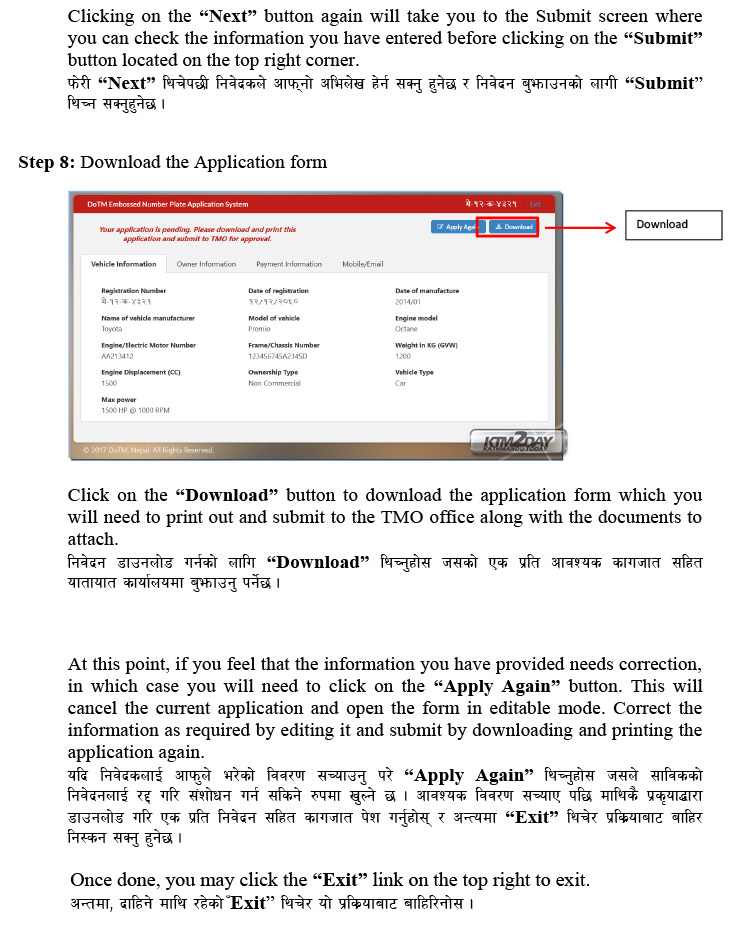 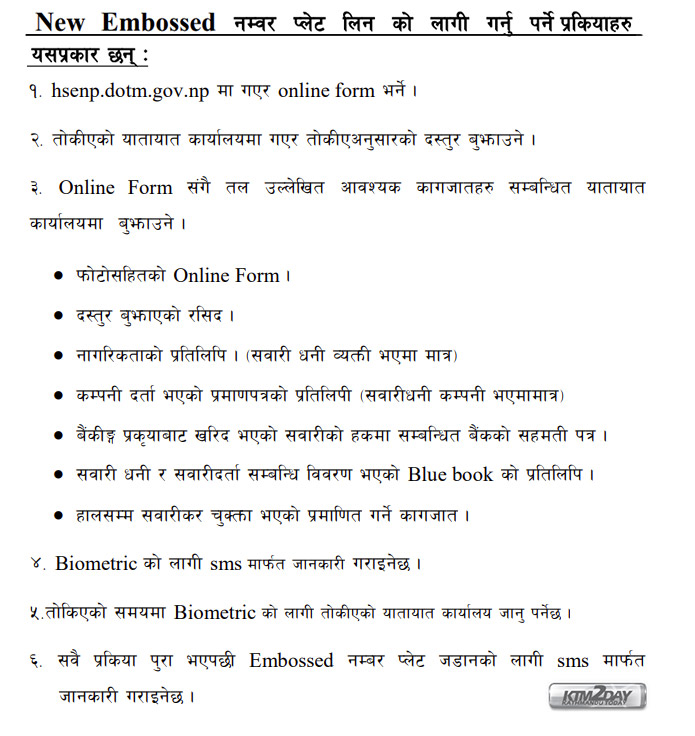 Dividing the vehicles into four categories, the government has fixed a fee of Rs 2600 for two-wheelers, Rs 2900 for three-wheelers, Rs 3200 for small vehicles and Rs 3600 for large vehicles for affixing embossed number plates.