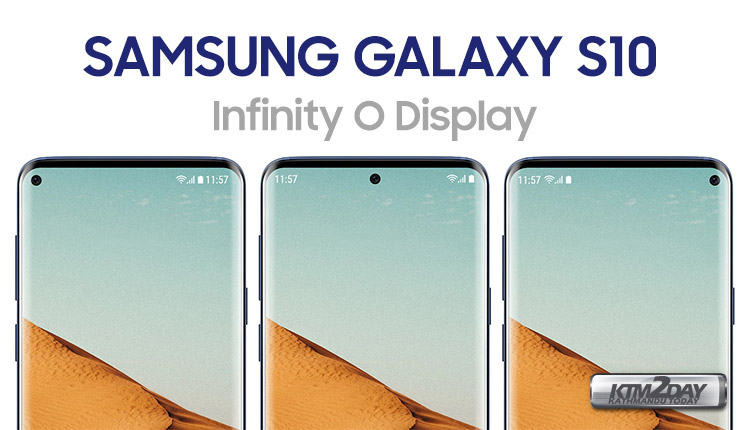 Expected to be released in early 2019, possibly during the Mobile World Congress, the Samsung Galaxy S10 is expected to be the first device of the brand to have a biometrics sensor under the screen , in addition to arriving with the new screen design presented by the brand, Infinity-O.

Going in that direction, Ice Universe today released another rumor about the brand’s new flagship. With three variants ( Samsung Galaxy S10 , S10 Lite and S10 Plus ), the new handsets may have occasional differences.

According to him, all versions will have Super AMOLED and Infinity-O, being the Galaxy S10 Plus different from the others, due to the inclusion of a second front camera.

The Galaxy S10 Lite, S10, and S10+ are all Hole in Super AMOLED screens, but the S10+ has dual front cameras, so the hole design is slightly different.

It is worth remembering that recently, the same profile showed the possible screen of the device , which would have almost bezel-less design and this did not also reveal the position of sensors incorporated into the device. Unfortunately, however, it was not clear how the inclusion of this second sensor and the position of both would be performed, so that it could be anywhere on the top of its frontal area but considering the renderings previously seen , whether they will be arranged in the “pill” format or with two individual “holes”.

We discuss the dual front camera, the cameras are separated or combined, which is better? pic.twitter.com/ZOh4RRCmVr

This is just one of the rumors that joins those already seen on the new line of flagships of the brand, which includes the possibility of a variant with 5G being tested and the existence of a variant with 12GB of RAM and 1TB storage .