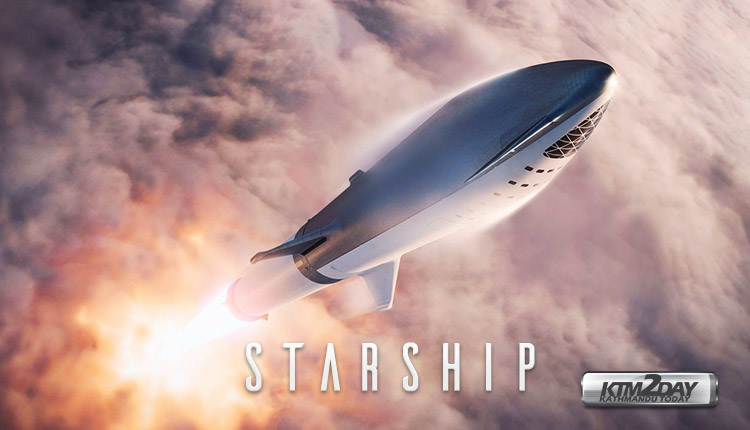 Elon Musk, CEO of SpaceX has tweeted the first pictures of his Mars-bound rockets – the Starship.

Musk posted the pictures from his official twitter account @elonmusk mentioning that the rocket has finished assembly atat SpaceX‘s launch site in Boca Chica Village, Texas. Musk further reiterates that the pictures are real and not 3D renderings.

Starship test flight rocket just finished assembly at the @SpaceX Texas launch site. This is an actual picture, not a rendering. pic.twitter.com/k1HkueoXaz

Formerly known as the Big Falcon Rocket (BFR), the Starship vehicle is a fully reusable vehicle designed to take humans and supplies to Mars and also to dramatically cut travel time within Earth. It will be used for suborbital vertical take-off tests, which will be similar to ones it completed for the Falcon 9 back in 2013. 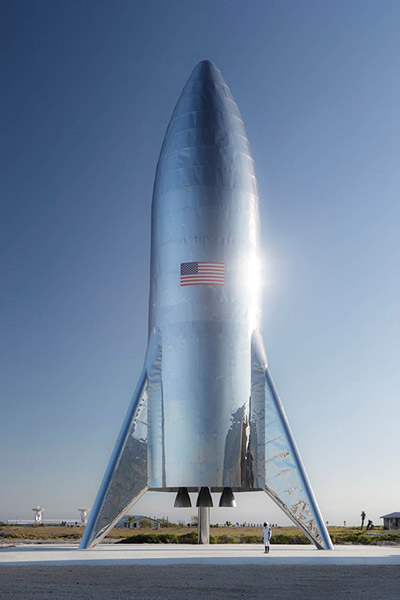 The rocket has a kind of retro feel, reminiscent of rockets depicted in early science fiction. Musk’s image has a person in a spacesuit standing next to it in order to illustrate its scale.

One of the controversial aspects of the Starship is that it’s coated in stainless steel. Other rockets are coated in carbon fiber, aluminum and titanium. Musk says stainless steel holds up better in extreme temperature, so that’s why he picked it.

An orbital version of the Starship will be taller, have thicker skins to avoid wrinkling, and a smoother nose.