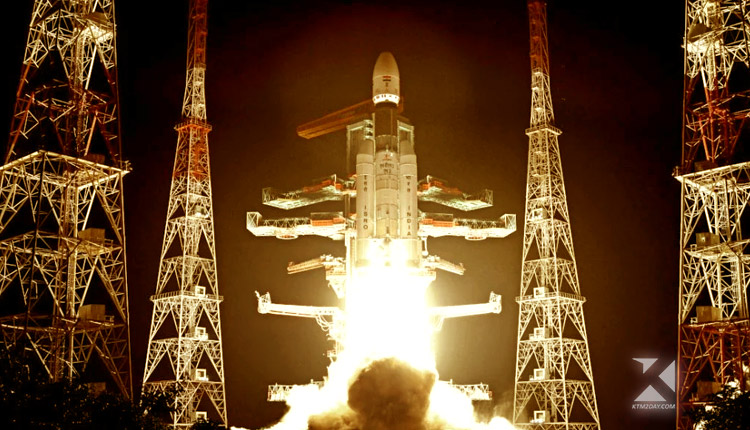 For the UK company OneWeb, ISRO’s biggest rocket lifted off from Sriharikota in Andhra Pradesh at 12:07 am on the Sunday morning between Saturday and Sunday to launch 36 broadband communication satellites into Low Earth Orbit (LEO).

Bharti Enterprises of India is a key investor and shareholder in OneWeb, a commercial satellite communications firm.

LMV3, ISRO’s biggest vehicle, can carry satellites weighing up to 8,000 kg, making it one of the heaviest rocket in the world.

As the first commercial mission for the LVM3 and NewSpace India’s (NSIL) first with the stated launch vehicle, the mission takes on added significance. NSIL is a government agency operating as part of the Department of Space.

On Saturday morning, ISRO Chairman S Somanath led a special pooja at the Sri Chengalamma Parameshwari Devi Temple in Sullurpeta, in the Tirupati district, to pray for the success of the launch of the GSLV Mark-3 rocket.

At 12:07 a.m., at the conclusion of a 24-hour countdown, a rocket measuring 43.5 meters in height and carrying 5,796 kilograms was launched. The LVM3-M2 rocket has three stages: the core stage, which consists of the L110 liquid stage and the C25 cryogenic stage, and the two solid propellant S200 strap-ons that attach to its sides. 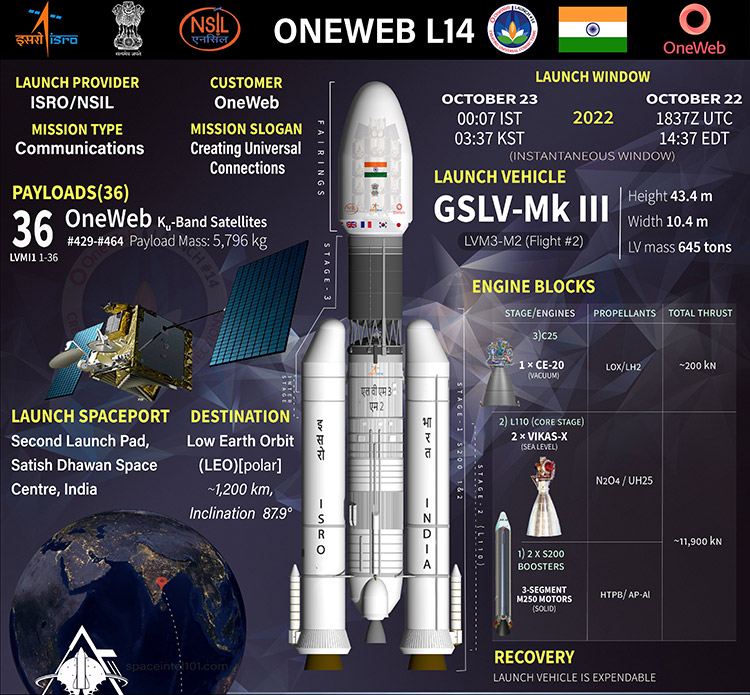 In contrast to Geosynchronous Transfer Orbit, the satellites of LVM3-M2 will be placed in a Low Earth Orbit (up to 1,200 km above the earth) with this launch (GTO).

A second launch of OneWeb’s 36 satellites is scheduled in the beginning of 2023. In order to provide their services, the satellite company wants to launch a constellation of around 650 satellites into low earth orbit (LEO).

There are a number of firsts for the Indian space industry on this rocket voyage. This will be the first time an Indian rocket has carried a payload of nearly six tons, and the first commercial launch of the GSLV MkIII.