Home » TECH » NASA Artemis I back in launchpad, set for moon mission on Nov 16

NASA Artemis I back in launchpad, set for moon mission on Nov 16 Two previous efforts to launch NASA‘s new mammoth Moon rocket from Florida failed, but less than a week after the massive machine weathered a hurricane, the agency expects to try again on Wednesday morning.

“The time has come for us. We’re crossing our fingers for Wednesday, “Mike Sarafin, who oversees the long-delayed Artemis 1 mission at NASA, recently made an official statement.

The US space agency’s goal is to establish a permanent base on the Moon and use what they learn there to better equip themselves for a future expedition to Mars. The first stage in this process is the unmanned Artemis 1 mission.

The next space program, named after Apollo’s mythological sister Artemis, launches 50 years after the last manned mission to the moon.

On Wednesday at 1:04 am local time (06:04 GMT), NASA plans to launch the Space Launch System rocket for the first time. The launch window is two hours. 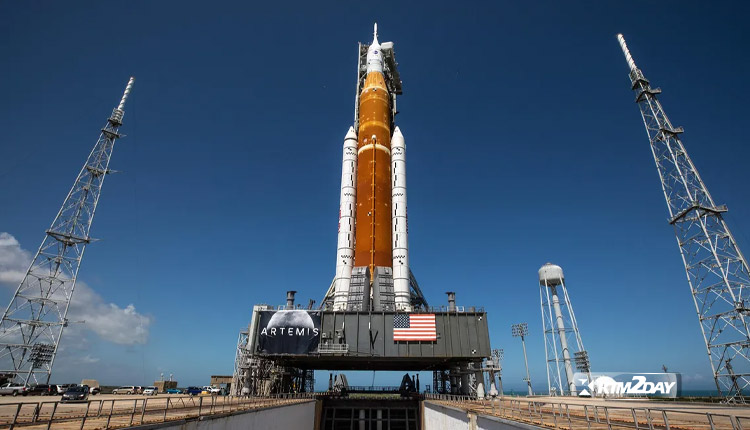 In anticipation of the first flight of the orange and white monster, the clock has started ticking at the legendary Kennedy Space Center.

The launch is set to occur less than a week after Hurricane Nicole passed over the launch pad, where the rocket was sitting unprotected.

Officials are already assessing the possibility of hurricane damage to the RTV caulk-like substance that surrounds the Orion crew capsule at the top of the rocket to improve its aerodynamics.

The RTV’s potential to become dislodged and cause issues during liftoff is being investigated.

If necessary, we have two alternative dates available in November: the 19th and the 25th.

Warm temperatures are expected, with a 90% chance of success during the launch window.

End of September saw another hurricane, Ian, forcing the rocket to be wheeled back to its assembly building.

Two previous launches had already been scrapped due to technical difficulties before the weather delays.

A defective sensor caused the first crash, and a fuel leak after tank filling caused the second. Liquid oxygen and hydrogen, both of which are extremely cold and volatile, power it.

NASA has now changed its methods and replaced a seal in an effort to minimize the effects of thermal shock.

Filling the tanks is scheduled to begin on Tuesday afternoon. 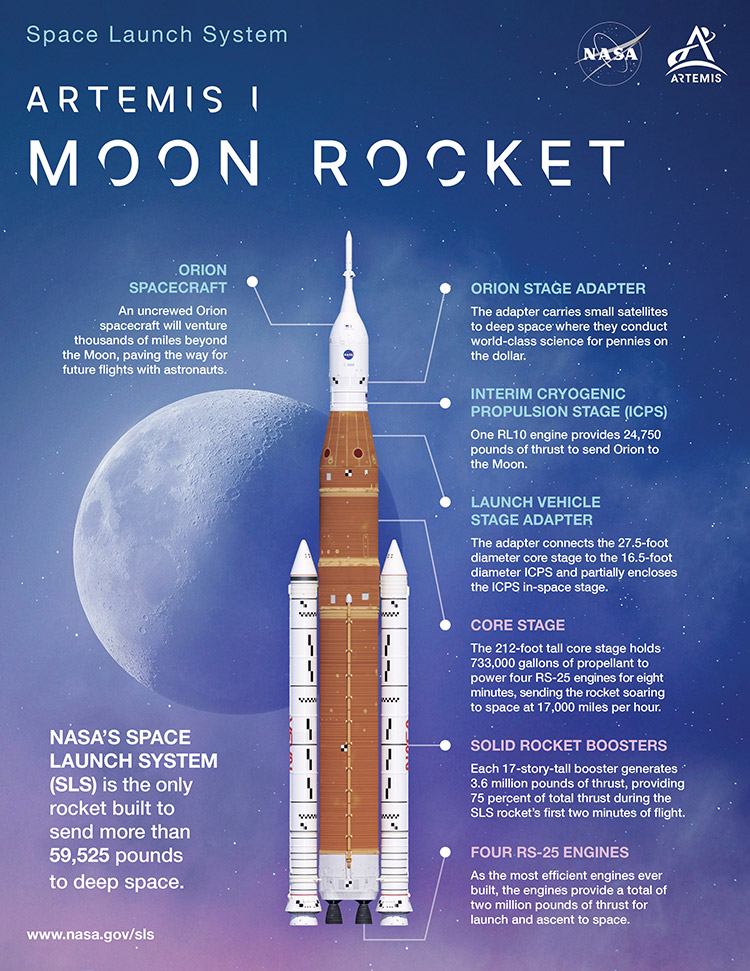 Around one hundred thousand people are expected to gather on the coast to witness the launch, which is anticipated to brighten the night sky thanks to the rocket.

Two boosters and four powerful engines will propel the Orion capsule from beneath the core stage, which will separate after only a few minutes.

The capsule will be well on its way after the top stage gives it a final push, but it will take several days to reach its destination.

Instead of landing on the Moon’s surface, it will enter a far orbit, traveling more than 40,000 miles (64,000 kilometers) beyond the far side. This is further than any other habitable spacecraft has traveled to date.

At last, Orion will begin the portion of its trek back home. The capsule’s heat shield must be able to endure heat equal to half that of the Sun’s surface as it travels through the atmosphere. 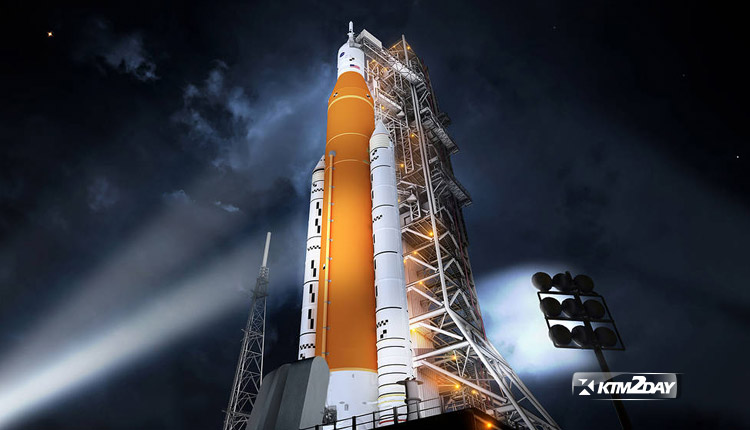 If the launch is on schedule for this Wednesday, the mission will begin on November 28 and end on December 11 when the spacecraft splashes down in the Pacific.

After more than a decade spent creating the SLS rocket, NASA is hoping for a successful voyage. A public audit estimates that by the end of 2025, the country will have spent more than $90 billion (about Rs. 7,32,400 crore) on its new lunar program.

In 2024, Artemis 2 will almost exactly replicate the first trip, albeit this time with astronauts.

Artemis 3 is planned to be the first mission to land humans on the moon, and its 2025 target date will be the first time humans of any race or gender will have visited the lunar surface.