Realme breaks previous record with the sale of Realme 3 Pro 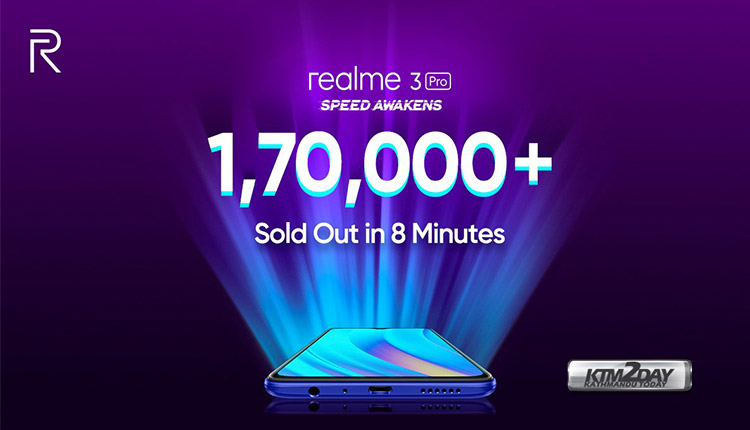 Realme 3 Pro was announced last week , a device dubbed as the true competitor to Redmi Note 7 Pro . Following the launch in India on the 29th – the company announced that it broke its previous record and sold around 1,70,000 units in just 8 minutes.

The Realme 3 Pro is priced at around $200 and its key specifications includes a 6.3-inch full-HD+ display and is powered by the Snapdragon 710 SoC, while ColorOS 6.0 based on Android Pie handles things on the software side.

The company has also rolled out new update on this device which now brings super slow motion video recording mode at 960 fps.

The update also brings along overall improved system stability, but doesn’t upgrade the security patch to April. The update is rolling out over-the-air, also known as OTA upgrade.

To recall, the Realme 3 Pro was launched in India earlier this month in three RAM + Storage models with the prices starting at INR. 13,999.

As mentioned, the Realme 3 Pro comes in three variants – 4GB RAM + 64GB storage option is priced in India at Rs. 13,999, whereas the 6GB + 128GB variant carries a price tag of Rs. 16,999. The 6GB RAM + 64GB storage option is priced at Rs. 15,999.It comes in Carbon Grey, Nitro Blue, and Lightning Purple colour options with a gradient finish, and is available via Realme online store.