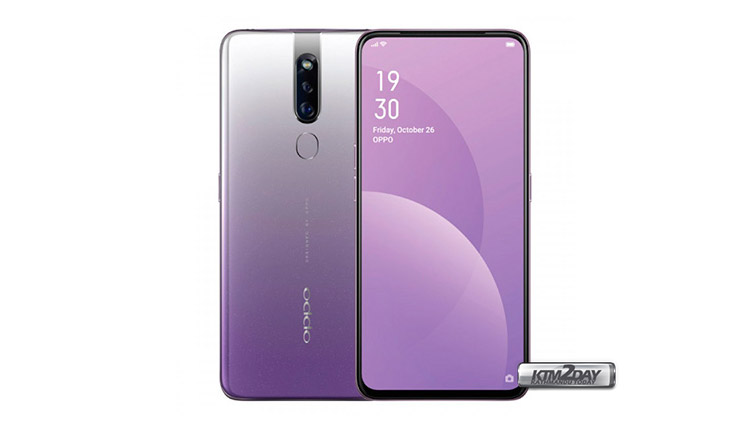 Notice that, unlike the other two colors (Thunder Black and Aurora Green), the new one has a gradient color with white patches that look like a starry sky.

The new color will be available in several regions. In Malaysia, it can be purchased on the Oppo official website, as well as in stores such as Lazada and Shopee. In Thailand, it will be available for pre-order this week. It will also soon appear in the Philippines.

Don’t forget the Oppo F11 Pro Avengers Edition, it’s the fourth unique color and it has a honeycomb pattern plus the Avengers logo.

Oppo F11 Pro has a 6.5-inch FullHD + display with a resolution of 2340×1080 pixels, an aspect ratio of 19: 9 and a useful screen area of ​​about 90.9%. It does not have any notch, instead, the phone comes with a sliding mechanism, which contains the sensor of the front camera. Under the hood of the device is the MediaTek middle class chipset – Helio P70. The amount of RAM is 6 GB, and internal – 64 GB. For increase in internal storage the slot for microSD cards is provided.

As for the cameras, there is a dual module on the back panel, including a 48-megapixel main sensor (f / 1.79) and an additional 5-megapixel module with an LED flash. The cameras support Ultra Night mode for better photography in low light and some other AI-based features. For shooting selfies, the smartphone has a retractable 16 megapixel camera, which the company prefers to call the “Rising Camera”. Works Oppo F11 Pro running Android 9 Pie based on ColorOS 6, and also powered by a 4000 mAh battery that comes with VOOC 3.0 Flash Charge fast charging technology.