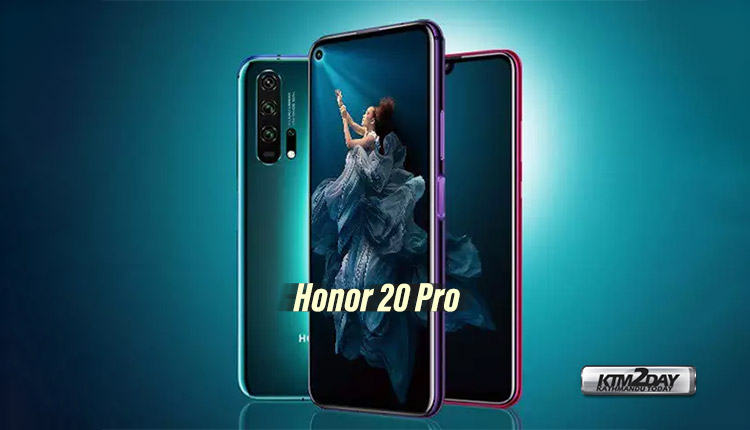 In an undeniable demonstration of strength, Huawei launched the exceptional Honor 20 Pro this week, along with Honor 20, despite not announcing a date of availability. The problem may well be here, as it is possible that the brand has suspended the launch of Honor 20 Pro due to the US embargo.

According to WinFuture, this phone has not received Android certification, which means it can not be sold in the market With Google services.Huawei’s decision now has to be between launching the device without the Google services installed, or using the 90-day extension of its trade license to negotiate certification. Uncertainty therefore continues to reign around Huawei, since even if the smartphone is released with Google apps, if the ban stays for 90 days, the services may not be usable.

This will be the preferred way for Huawei, who will not want to release Honor 20 Pro without Google apps, taking up a dispute and resulting in incomplete device.

Honor was unable to certify Android in time for Honor 20 Pro possibly because the limit for obtaining the certifications was until May 16. In response to several press contacts, Honor has just stated that they will give information about the availability of Honor 20 Pro as soon as they have it.

On the other hand, the Honor 20 will remain unaffected as it has obtained CTS certification before suspending Huawei’s trade license.

Recently Huawei’s sales are suffering from the embargo imposed by the American administration and few doubt it is a market manipulation strategy by the Trump presidency. It is not too much to say that the ultimate sufferer is a market where Huawei is already the second largest seller of mobile equipment, not by spying, but by preference of millions of consumers.

Huawei CEO Yu Chengdong said this week that a proprietary version of the operating system could be ready by September. The so-called ‘HongMeng OS’ is supposed to be compatible with all Android apps and will include a global version for international markets.

However, this does not guarantee Android Q on Huawei mobile phones in the future. Consumers want their devices up-to-date and will hardly reliably accept an alternative to Android. Mainly in the western market where the operating system is dominant.

Not only did Google move away from Huawei but also component manufacturers like Qualcomm and ARM. Despite this, the CEO of Huawei continues to convey confidence because the company has ‘Plan B’ and ‘spare tires’.

Earlier this week, Ren Zhengfei said Huawei was prepared to ‘face’ the United States years before. In addition, the CEO and founder of the Chinese giant says that neither the company nor the consumers will be affected by the end of the licenses.