Huawei 9X Pro to come with Kirin 810 and quad-camera Smartphone Honor 9X is an updated version of the Honor 8X, which gained quite popularity among customers in different global markets. Huawei is now gearing up to launch not only the standard version of this device, but also a more productive premium variant in the form of Honor 9X Pro.

Earlier it was reported that the device in question was certified by the Eurasian Economic Commission (EEC), codenamed HLK-L41. However, data published on the EEC website did not disclose the specifications of the device.

Now, an employee of Huawei under the name ichangezone published a message on the Weibo network, in which he revealed some specs of the upcoming smartphone. According to published data, the device will receive a 4000 mAh battery with support for 20-watt ultra-fast charging. 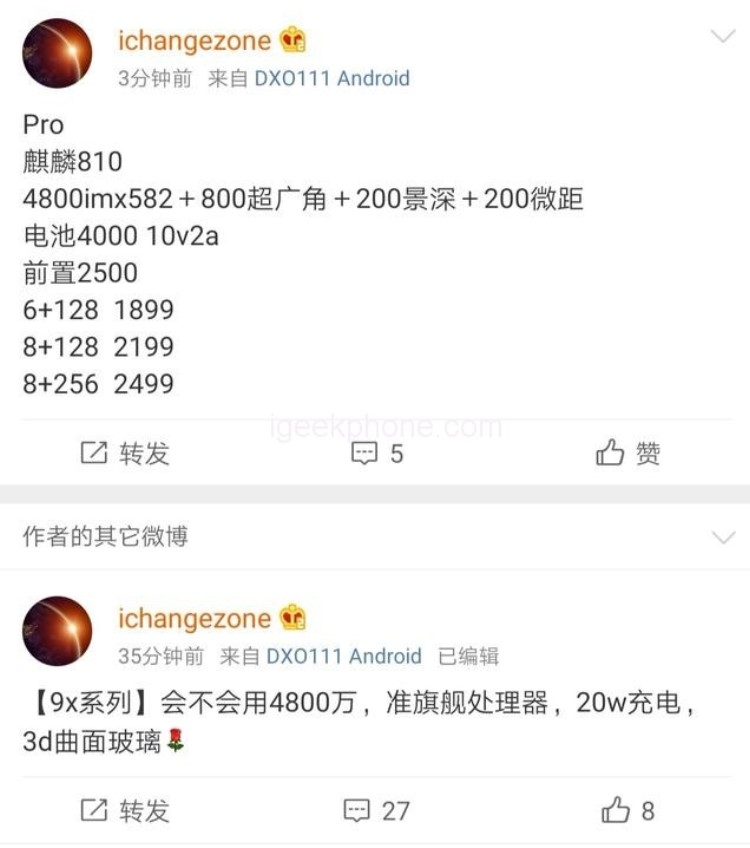 In addition, the Honor 9X Pro will be equipped with a main camera composed of four sensors with a resolution of 48 megapixels, 8 megapixels, 2 megapixels and 2 megapixels. The report says that the main sensor will be a Sony IMX582 sensor. The selfie-module for the front camera is a 25 megapixel sensor.

The exact date of the official announcement of the Honor 9X and Honor 9X Pro smartphones is still unknown. Presumably, new devices may appear at the end of this month.